Turkey Mourns 38 Killed in Istanbul Blasts: 'We Will Have Our Vengeance'

Turkey declared a national day of mourning on Sunday after a pair of bomb blasts killed 38 people outside a football stadium in central Istanbul on Saturday night.

The killings shook a country already traumatized by nearly a year and a half of attacks on civilians, renewed fighting with Kurdish militants, and a failed military coup attempt that left at least 265 people dead in July.

The attacks also illustrate the security challenges facing the government of President Recep Tayyip Erdogan, a polarizing leader who emerged stronger from the July coup attempt and has moved to clamp down on political opponents in recent months.

A Kurdish militant group known as the Kurdistan Freedom Falcons claimed responsibility for the attack on Sunday. The organization the group is regarded a splinter faction of the dominant Kurdish separatist group, the Kurdistan Workers’ Party (PKK). Earlier on Sunday, Turkey’s deputy prime minister, Numan Kurtulmus, said an initial investigation suggested that the PKK itself was behind the attack. The organization and splinter groups have primarily attacked security forces in the past. Civilians have also died in some attacks blamed on the group.

The location and timing of the attack seemed designed to spread fear among the civilian population. The stadium, Vodafone Arena, is the home field of Besiktas, one of the most popular and storied franchises in all of Turkish sports. Located in in the heart of Istanbul’s European side, the arena is an iconic urban sports venue, the equivalent of Yankee Stadium in its public significance.

The two blasts took place less than a minute apart, roughly an hour and a half after the conclusion of a professional soccer match. The first explosion targeted riot police near the stadium. The second took place in a park nearby. The fact that the explosions did not take place during the game could suggest that they were not intended to inflict the maximum in civilian casualties, but rather to intimidate the Turkish public by striking an emotionally significant target.

Turkey is grappling a multi-pronged threat to public security, including Kurdish armed groups who have been struggling with the Turkish state on and off for some 30 years, and ISIS militants, who were blamed for the lethal attack on Istanbul’s main airport last June and several other attacks in Turkey in the last year and a half.

ISIS has primarily chosen civilian targets in Turkey, including an attack on a peace rally in Ankara in October 2015, when about 100 people were killed, and two attacks on tourist destinations in Istanbul earlier in 2016.

Turkish officials have vowed to strike back at those responsible for Saturday’s attack. “Sooner or later, we will have our vengeance. This blood will not be left on the ground, no matter what the price, what the cost,” said Interior Minister Suleyman Soylu, speaking at a funeral on Sunday for five of the police officers killed, according to Reuters. According to the interior minister, the 38 people killed included seven civilians and one unidentified person.

Peace negotiations between the government and Kurdish militants collapsed in 2015, triggering nearly a year and a half of sporadic violence. The government carried out a crackdown on Kurdish armed groups in the southeast of the country. Bomb attacks attributed to Kurdish militants killed dozens. Over a year of violence, an estimated 1,700 people were killed and 350,000 civilians fled their homes, according to International Crisis Group.

In August 2016, Turkey’s military sent tanks and warplanes across the border into Syria to aid rebel groups fighting ISIS, but the incursion also appeared designed to check the influence of the Democratic Union Party (PYD) which is closely linked with the PKK. Turkey regards the Syrian Kurdish-led organization as a dangerous terrorist group, although it is allied with the U.S. in the fight against ISIS.

Turkey’s pro-Kurdish opposition People’s Democratic Party, a legal party that controls more than 10% of the seats in parliament, denounced this weekend’s attack on Sunday. “Following the bomb attack in Istanbul, many families were wrecked with sorrow. We harshly condemn these attacks. We feel a great sadness and share the pain,” the party said in a statement.

Turkish authorities arrested the top leaders of the party in early November for allegedly failing to comply with a counter-terror investigation, in a sign that the government’s post-coup clampdown had widened to include measures against some of the key opposition to Erdogan’s rule. 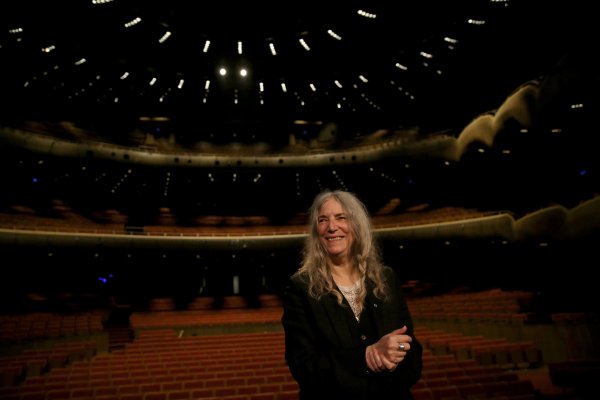 Watch the Nobel Prize Banquet Live From Stockholm
Next Up: Editor's Pick