Rohingya Muslims who have fled from violence in Burma take shelter at the Leda unregistered Rohingya camp in Teknaf, Bangladesh, on Dec. 5 2016
Zakir Hossain Chowdhury—Anadolu Agency/Getty Images
By Nikhil Kumar

Reports from Burma’s northern Arakan state, where violence against the country’s Rohingya Muslim minority has forced tens of thousands to flee for their lives, suggest the situation there is “getting very close to what we would all agree are crimes against humanity,” the U.N.’s top human-rights investigator for the country has said.

“I am getting reports from inside the country and from neighboring places too that things are not as they are being portrayed by the government. We are seeing a lot of very graphic and very disturbing photos and video clips,” Yanghee Lee, the U.N. special rapporteur on human rights in the country, tells TIME.

Burma has imposed a lockdown on the affected areas, as it conducts what it calls “clearance operations” following an attack on three border guard posts in early October. Nine policemen were killed in the attack, which the Burmese authorities blamed on Islamist militants.

Read More: Something Shocking Is Happening to Burma’s Rohingya People. Take a Look at This Timeline

But fears have been growing for the million-strong Rohingya people who live in the area, amid allegations of rape, extrajudicial killings and the torching of Rohingya villages by the Burmese military, which denies the claims.

Seen as illegal immigrants from neighboring Bangladesh and denied citizenship rights, the Rohingya have long been marginalized in Burma. In 2012, some 125,000 people were displaced amid communal fighting between Arakanese Buddhists and Rohingya Muslims, with rights groups accusing security forces of either standing aside or actively participating in the violence.

As Arakan burns again, with around 21,000 people fleeing to Bangladesh in recent months, Lee called on the Burmese authorities to allow full humanitarian access to the northern section of the state that is also known as Rakhine. She also expressed her dissatisfaction with a government-supervised trip to some of the affected areas by a group of foreign diplomats and a U.N. official in early November. “No one should be satisfied with the trip,” she says. “This was a guided tour. Even though there was a heavy security presence there, people started to come out and try to speak to this delegation. And of course, afterwards, we’ve also heard that there were reprisals. These people were hunted down.”

On Dec. 9, 14 diplomatic missions, including the embassies of the U.S. and France, also called on Burma to give humanitarian agencies “full and unfettered access” to northern Arakan, “noting that tens of thousands of people who need humanitarian aid, including children with acute malnutrition, have been without it now for nearly two months.” 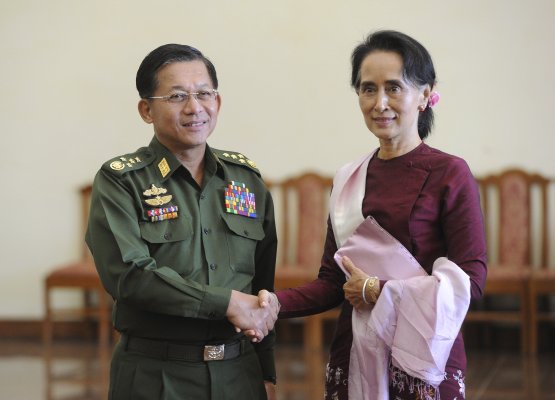