Ivanka Trump, daughter of U.S. President-elect Donald Trump, arrives at Trump Tower in New York on Nov. 18, 2016.
Bloomberg via Getty Images
Ideas
By Rabbi David Wolpe
Wolpe is the Max Webb Senior Rabbi of Sinai Temple in Los Angeles, the author of eight books and has been named one of the 50 most influential Jews in the world by the Jerusalem Post.

Recently there was a ridiculous kerfluffle about the legitimacy of Ivanka Trump’s conversion to Judaism. The family’s Rabbi is Haskel Lookstein, one of the best known and most respected Rabbis in the U.S. Yet his supervision was delegitimated by Israel’s Supreme rabbinical court. Now Israel’s Sephardic chief Rabbi has joined the Ashkenazic Chief Rabbi in legitimating the conversion.

The specter of Israel’s rabbinate convulsing itself reminds us of the great wisdom of the American forefathers in separating church and state. The moment you have clergy who are also official governmental representatives, who see an entanglement that is to the detriment of both religion and state. Inter-Jewish relations in America are mostly healthy and respectful because that no one has a monopoly—not on state funding, or on “official” validity.

But religion does matter here—it matters a great deal. Inevitably discussion of faith enters politics, and much has been made of the President-elect having a Jewish family. Inside the Jewish community, this game is played both ways: those who defended President Obama’s policies pointed to Jack Lew, his Jewish Chief of Staff, and his Jewish predecessor, Rahm Emanuel, along with many many others, to prove his sympathy with Jews and Israel. Those who support President-elect Trump’s presumed policies point to his family.

But judging policy by identity is what philosophers call a category mistake, like calling justice orange. For most Jews, what matters—and what should matter—is not the President’s entourage or family, but his actions and policy.

There is no such thing as “Jewish policy.” With the exception of support of Israel and the centrality of goodness—both fairly broad phrases—Judaism is a tradition that can balance a wide range of possible approaches to public policy. All the values we treasure that sometimes compete—compassion, strength, security, charity, achievement, humility and a thousand others—find resonance in the wide berth of the Jewish tradition. Generally, whatever policy one favors is declared to be Jewish. The fact that Jews disagree is often discreetly ignored or elided.

Ivanka Trump is every bit as Jewish as I am, and that means nothing for Jews who wish to judge her father’s Presidency. Along with other citizens, I will continue to argue for the things I believe most important to the country and to the world. As a Jew, I will continue to advocate for what I believe the Jewish tradition at its best represents. And while all of us will watch what unfolds, we would be better advised to care less for identity and more for character, understanding and accomplishment. 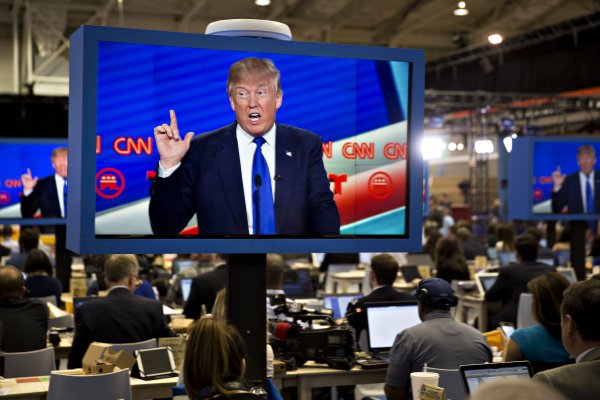 Donald Trump Is the First True Reality TV President
Next Up: Editor's Pick