Donald Trump is seen speaking on a television screen in the filing center during the Republican presidential primary candidate debate sponsored by CNN and Telemundo at the University of Houston in Houston on Feb. 25, 2016.
Bloomberg via Getty Images
Ideas
By Jeff Nesbit

It’s official. We have our first reality TV president.

The news that President-elect Donald Trump is going to remain an executive producer of NBC’s The Celebrity Apprentice while also running the national government from the Oval Office in the White House (first reported by Variety) should not have surprised anyone.

And yet, somehow, it still does. It’s a jarring reminder that we have entered a brand, new era of presidential politics, unlike anything we’ve ever seen before. President Obama was often accused of going around the media by engaging directly with millions through digital media from the White House. Trump is, quite literally, the media.

Trump will continue to earn residual royalties on episodes of the reality television show airing on NBC. His name will appear right below its showrunner creator, Mark Burnett, on the opening credits. It will continue to be Trump’s reality show—on national television, while he is president of the United States.

In an interview with TIME, Trump confirmed that he had an ownership stake in the reality TV show. “Yeah I do. A big interest,” he said. “I own the show with Mark Burnett.”

Zeke Miller of TIME also reported Friday that Trump played a role in choosing his replacement host for The Celebrity Apprentice. “We chose Arnold Schwarzenegger to do it, and we’ll see how it works out,” the President-elect told TIME on Nov. 28 in an interview shortly before he was named Person of the Year. Trump also said that he knew from the moment he gave up his role as the show’s host that he was going to run for president.

Trump can now have it both ways: He can be the president of the U.S., and also continue to direct a reality show that airs on a major national broadcast television network.

In this role, it is entirely possible that Trump could literally pick up the phone to Burnett and suggest themes, storylines and celebrity guests. You can imagine the conversation, right after hanging up with the president of Taiwan or one of the three retired generals he’s asked to run national security, homeland and defense in his administration.

“Mark, so how about Hulk Hogan on the show?” Trump might say. “Good guest, right? Yeah, and Ted Nugent, too. Great!”

Burnett is already reportedly scripting Trump’s inauguration—suggesting, for instance, that Trump make a grand entrance from a helicopter because it makes for great TV.

We’ve come a long way from President Franklin D. Roosevelt’s fireside chats, a series of 30 talks that Roosevelt delivered over national radio networks (including CBS and Mutual) from 1933 to 1944. Roosevelt started his fireside chats during the throes of the Great Depression and continued them through almost the entirety of World War II.

It is one of the few instances where national media allowed a president to command their airwaves on a regular, ongoing basis. One could argue that they were extraordinary times. Roosevelt, who took office in 1933, would become the only president in American history to be elected to four consecutive terms. He spoke on a broad variety of topics during his fireside chats, ranging from banking reforms and unemployment to the New Deal and fighting fascism around the world. “Millions of people found comfort and renewed confidence in these speeches,” the History Channel says of the speeches.

Trump is now essentially directing a political show on a daily basis, on subjects ranging from a meeting with the CEO of a Japanese telecommunications firm who wants a merger deal to go through to a personal feud with the head of a local steelworkers’ union in Indiana. Sandwiched in between are visits from celebrities who make cameo appearances.

A month into the Trump era, we know enough now to see what the first year of his presidency will look like. It will be chaotic and defiant—but opportunistic and focused on a small number of exceedingly large fights that make great political theater and play well to big, populist crowds.

It will look and feel a lot like a political reality TV show played out on a grand stage, with producers scripting the biggest fights behind the scenes while leaving plenty of room for unrehearsed, populist public drama. Trump is the first truly made-for-television president. Every day will literally be a new episode shot in real-time, in front of a public and a world that simply can’t get enough of the spectacle.

The Trump political show will move from Trump Tower—where The Celebrity Apprentice was filmed—to the Oval Office at the end of January. But the cast of characters—and the dominance of television—will continue. Meanwhile, while running what is essentially a daily political show from the Oval Office, Trump will also direct a reality TV show airing on a national TV network. His campaign manager, Kellyanne Conway, defended the role to CNN on Friday. “Presidents have a right to do things in their spare time,” she said.

The political appointees auditioning for parts in the Trump political show are being cast from four sources—key people for defense, national security and foreign policy posts recommended by advisors Steve Bannon and Peter Thiel; a network of very conservative groups built up over the years that Rebekah Mercer’s family has funded; the massive Koch political network, coordinated by Vice President-elect Mike Pence and his senior staff; and GOP operatives and officials who have told RNC chairman Reince Priebus that they can work for the mercurial Trump, according to people who have paraded past the gathered media horde in the made-for-television pilgrimage to the upper suites at Trump Tower.

The Trump political show is coming your way soon, to every screen and video platform available. It will be relentless, chaotic, nationalistic and populist in ways that we haven’t seen in America for a very long time—but also endlessly fascinating for the television media and impossible for most of the viewing public to avoid.

Americans wanted change when they elected Trump as president. They’re about to get it. Welcome to the first reality TV president. 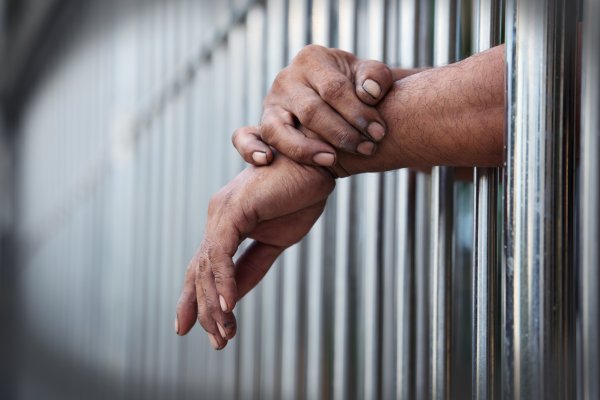 39% of Prisoners Should Not Be in Prison
Next Up: Editor's Pick