'Lives Are at Risk.' Hillary Clinton Warns Against Fake News

Hillary Clinton on Thursday warned of the dangers of fake news and urged both lawmakers and leaders in the private sector to help stop the spread of an “epidemic” that she said poses a threat to democracy.

The former Secretary of State spoke at the U.S. Capitol in one of her first public appearances since her crushing presidential election defeat to Donald Trump last month. While paying respect to retiring Democratic Senate leader Harry Reid, she segued into remarks on what she called the “epidemic of malicious fake news and false propaganda that flooded social media over the past year.” She said it’s a “threat” that “should concern all Americans.”

“It’s now clear that so-called fake news can have real-world consequences,” Clinton said. “This isn’t about politics or partisanship. Lives are at risk — lives of ordinary people just trying to go about their days to do their jobs, contribute to their communities. It’s a danger that must be addressed, and addressed quickly.”

“It’s imperative that leaders in both the private sector and the public sector step up to protect our democracy and innocent lives,” she added.

Clinton’s comments come after a 28-year-old man was arrested for allegedly firing an assault rifle inside a Washington, D.C., pizzeria while investigating unfounded claims that the restaurant was running a pedophile ring from its basement with the help of Clinton. No one was injured in the incident. 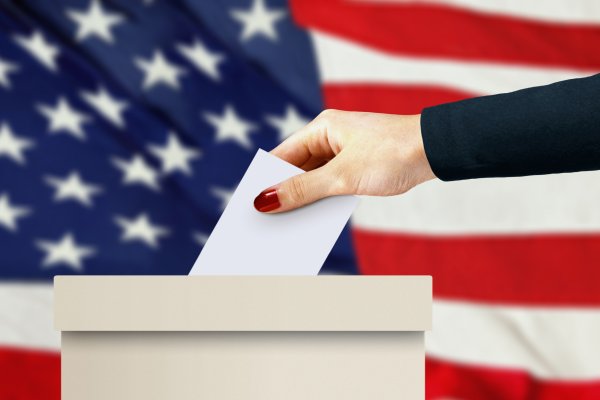 More Than 4,500 Women Have Signed Up to Run For Office Since the Election
Next Up: Editor's Pick