Mia Hansen-Løve’s Things to Come—in which Isabelle Huppert plays a Parisian academic whose life is rattled by a series of small but potent events—is about a thousand things that you’d never really think a movie could be about: About being so in control of your feelings that the people around you don’t seem to think you have any. About suddenly finding yourself with total freedom, only to find it’s a slightly unwelcome gift. About feeling stronger kinship with younger people than with those your own age, even as you recognize that with age come some differences that can’t be bridged.

Those things may seem like abstractions, qualities you could barely explain to your friends—let alone weave into a movie. But the small miracle of Things to Come is that Huppert (who, at 63, has become a stronger and more nuanced actor than ever before) and Hansen-Løve (one of our finest, stealthiest young filmmakers) make them achingly concrete. Huppert’s Nathalie, just past middle age and seemingly having no problem with that, is a philosophy professor whose life seems to be chugging along on the usual track. Her two children are just reaching adulthood. Her aged mother, Yvette, neurotic, self-centered and nearly bed-ridden, is something of a worry, but Nathalie takes even that in stride. (Yvette is played by the regal French actress Edith Scob who, as a girl, appeared as the surgeon’s daughter in Georges Franju’s chilling 1960 Eyes Without a Face.) Seemingly insignificant things happen: Fabien (Roman Kalinka), a favorite former student of Nathalie’s and now a hyper-cerebral political radical, reconnects with her after having dropped out of sight. From that point, small, jagged meteors begin to hit, one after another: Nathalie’s husband of 25 years, fellow academic Heinz (André Marcon), announces somewhat indecisively that he’s moving in with his mistress. (The couple’s children, having learned of their father’s infidelity, force him to choose between wife and paramour.) And Nathalie, realizing that Yvette can no longer live on her own, puts her into a home, reluctantly inheriting a grouchy, gorgeous cat, Pandora, to whom she’s allergic.

Nathalie seems to take even these events in stride. (Pandora’s arrival is the biggest disruption.) But scene by scene and moment by moment, we come to see what these changes mean to Nathalie, almost before she knows what they mean herself. After the dissolution of Nathatlie’s marriage, Fabien—with whom she shares a mild but untenable flirtation—invites her to the farmhouse he shares with a crew of his fellow anarchists. They try to engage her in a discussion on the meaninglessness of authorship, but she waves them away: It’s not that she’s uninterested in the way their minds work; it’s just that these discussions hold little charm or value for her anymore. When Fabien nudges her about finding a new, possibly younger lover, she brushes him off with a shrug, asserting that for men, women are over at 45. (He doesn’t exactly refute her.) Heinz goes off with his girlfriend, but in his ineffectual befuddlement, still does clueless things like leaving giant, elaborate bouquets of flowers for Nathalie at the home they used to share. (The scene in which she tries to stuff a floral monstrosity into the garbage bin is a marvel of gentle, barbed comedy.) And when Pandora, during a visit to the country, brings Nathalie a mouse, the recipient of this disgusting gift scolds its proud bearer—only to scoop her up and announce with a coo, “Punishment time.”

Nothing seems to affect Nathalie, but as Huppert plays her, we can see that each of these small things is actually cutting quite deeply, like a sliver of glass inching beneath the skin. Huppert is extraordinary—she reveals everything even when you think she’s showing nothing—and she’s the perfect actress, right now, for Hansen-Løve’s fine-grained perceptiveness. This is the director’s fifth film (her last was the elegiac 2014 semi-memoir Eden, about a teenage DJ in early-1990s Paris), and it may be her finest, a work of exquisite, tensile strength that’s both as glorious and as unassuming as a suspension bridge. Will Nathalie get through all this? And if so, who will she be then? Any attempt to explain would only give away this wondrous movie’s non-ending ending. It’s enough to tell you that Hansen-Løve, who has an ear for movie music like almost no other young filmmaker, ends the picture with The Fleetwoods’ 1959 a capella “Unchained Melody,” one of the most rapturous and melancholic recordings ever made. It’s unearthly in its gauzy beauty, a radio signal from a place beyond dreams. 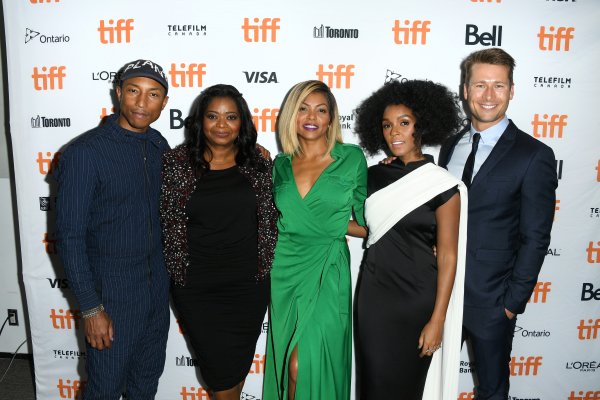 This New Movie Tells the True Story of the Women Who Helped Put John Glenn Into Space
Next Up: Editor's Pick