The Navy officer charged with overseeing U.S. armed forces operations in the Pacific region took aim at NFL quarterback Colin Kaepernick Wednesday in remarks during a ceremony on the 75th anniversary of the Pearl Harbor attack.

U.S. Pacific Command Commander Adm. Harry Harris told a crowd gathered in Pearl Harbor that the U.S. servicemen who died in the attack 75 years ago always stood during the national anthem, an implicit dig at Kaepernick, who has famously taken a knee as the song plays before football games. Harris’s remarks drew a standing ovation from the thousands of people in the crowd.

“You can bet that the men and women we honor today—and those who died that fateful morning 75 years ago—never took a knee and never failed to stand whenever they heard our national anthem being played,” he said.

Kaepernick’s practice of taking a knee to protest police brutality and mistreatment of minorities has been a matter of heated debate across the country in recent months, inspiring many other athletes, both in professional and college sports, to follow his example. 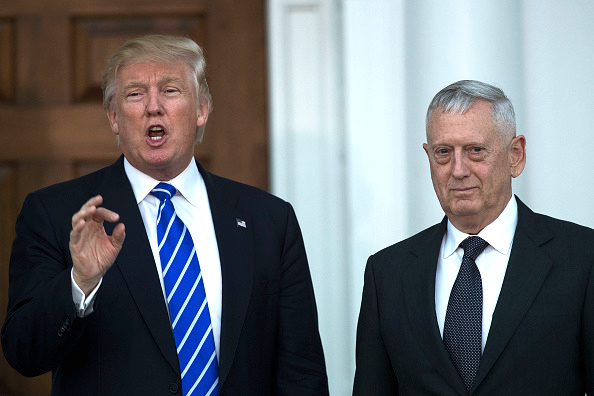 What to Know About James 'Mad Dog' Mattis
Next Up: Editor's Pick