Review: Hairspray on NBC Hit All the Expected Notes, to Diminished Effect

It’s hard to imagine that a certain segment of the audience for NBC’s annual December live musical — not the balance that’s made the proposition financially viable, perhaps, but at least a portion—would have much interest in the genre had it not been for last year’s production of The Wiz. Coming at the very tail end of curiosity about the genre, the special made a case for itself for serious adult viewers (at least those serious enough to spend three hours with what’s explicitly billed as family programming) with outright exuberance and skill.

Wednesday night’s broadcast of Hairspray Live! pushed up against the limits of that trust. Sure, theater-hungry kids and their parents will always tune in (and, indeed, next year’s production, Bye Bye Birdie starring Jennifer Lopez, has already been announced). But there was little to grab onto for anyone flipping through channels — or, really, anyone thinking that a musical might, in this moment, provide one of the genre’s traditional roles. There was little in the way of solace for the afflicted here. After all, The Wiz, coming as it did at the end of a year tinged by racially-tinged violence, made a case for itself with black performers exulting in and celebrating one another’s excellence. If there was a similar case being made by Hairspray, it was solely on behalf of Hairspray, looking endlessly inward.

Read More: The Wiz Was NBC’s Best Live Musical Yet

The production itself feels poorly-chosen for our times, highlighting the efforts of a plus-sized white teenager (the talented Maddie Baillio) as specifically necessary to the integration of one Baltimore dance show — and, by extension, the opening of every mind in the Charm City. Looking for intersectionality? Go read a book. Hairspray Live! prided itself, evidently, on the strength of what it saw as an overarching message — wrapping with Jennifer Hudson and Ariana Grande duetting on a ditty called “Come So Far (Got So Far to Go)” as the rest of the cast took their bows. And yet its preening felt more offensive than might have a musical existing entirely outside of history.

Sure, the show hands Hudson several songs. But it really hands them to her and walks away, with characters including Baillio’s Tracy Turnblad staring mutely as Hudson wails, beautifully but context-free, on an anthem alluding to civil rights without mentioning any issue concretely. To be removed from the news is no sin, especially at this juncture in history when many seek escapism. But to put forward a claim at relevance and then, given attention, to have nothing real to say beyond that racism is sad and that people ought to be nicer to one another (especially within the contexts of dance competitions) is a missed opportunity.

Maybe I’m being extra-sensitive — I won’t deny that, having lost my familiarity with Hairspray since the 2002 Broadway production and 2007 film adaptation, I had presumed that the script had a little more oomph to it. And maybe under a different set of circumstances its sketchily drawn story might have had its gaps filled in well enough by the energetic performances on display, including that of Ephraim Sykes, who worked handily to salvage an underwritten role as Hudson’s son, a talented young dancer. But at a moment in history when civil rights feel as though they’re retreating, the utter lack of connection between the characters given the heavy lifting of signifying the black struggle in America, and the genial, jovial mood of the rest of the broadcast felt like an uncrossable bridge. “Welcome to the sixties!,” sang a beaming Baillio to her mom, in a portion of the show segmented away carefully from what we’re meant to understand were its core themes, the ones Hudson would deal with later. But for the fact that said mom was played by Harvey Fierstein, I felt the song a little futuristic—weren’t we still in the fifties?

It’s hard to say this broadcast was far from what it might have been when so many elements were as well-turned-out as they were — not just Sykes’s, Hudson’s, and Baillio’s performances, but also Ariana Grande’s, redefining her nascent pop-star image as a game day-player. The production itself was as good as could reasonably be expected for three hours live on broadcast TV. I just am unsure the story of a white girl who finds her inner strength through learning about black culture and using it to win a white-run dance contest is as inspiring as everyone put their efforts into convincing me it is. The cast pushed a fairly rigid text to its limits in terms of empathy; Hudson and Sykes did yeoman’s work dredging characters from whatever scraps the musical’s book left them. But hopefully, somehow, Bye Bye Birdie feels less gruesomely out-of-sync with its times than did Hairspray — teased and pulled within an inch of its life to get to salience, but still several inches short. 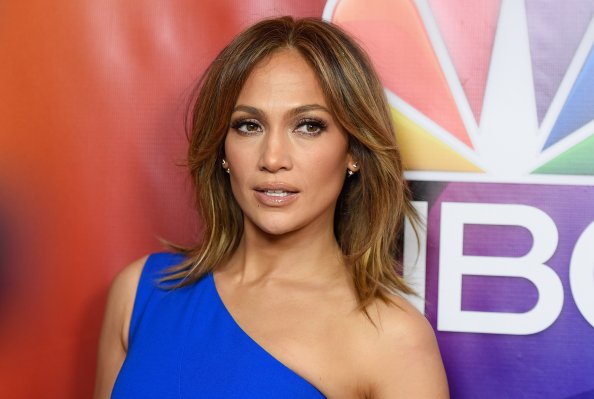