The biggest advertisers on right-wing propaganda site Breitbart News might not even know they’re on it. As Glossy reported Monday, a curious number of ads for fashion and beauty brands – including Saks Fifth Avenue, Swarovski, Revlon and Tarte Cosmetics – appear on the white nationalist “alt-right” website. But due to a process called “retargeting,” some of the brands might never have intended for their ads to run there.

Brands will sometimes disseminate their ads not by choosing where they’ll run, but by “buying” audiences – there are digital media buying agencies, like MEC, that will facilitate the process. This means the ads could appear in a number of places based on a consumer’s browsing history. Google also affects what ads get retargeted to where, labeling viewers with certain tags – like “fashion – and then simply displaying the corresponding ads on whatever sites those individuals happen to visit.

“Like so many other brands, we were not aware of the placement,” a representative for Modcloth, which had previously unwittingly had its ads appear on Breitbart, told Glossy. “Once we were made aware is when we made the decision.”

Especially in the wake of president-elect Donald Trump’s selection of former Breitbart News executive chair/anti-Semite Steve Bannon, who has hurled racist and nationalist slurs and headlines, as his chief strategist, it’s crucial that these fashion and beauty companies know what they’re now giving the appearance of endorsing. Brands do have the ability to blacklist sites where they do not wish for their ads to appear, but they can’t do that if they don’t know where the ads are running in the first place.

Brands have increasingly played partisan roles post-election. Food conglomerate Kelloggs recently pulled its ads from Breitbart on moral grounds, prompting the site to attempt a clapback with the hashtag #DumpKelloggs. Three weeks ago, New Balance publicly supported president-elect Donald Trump’s trade proposal; the shoes were promptly snatched up by white supremacists who declared it the “official shoes of white people.” 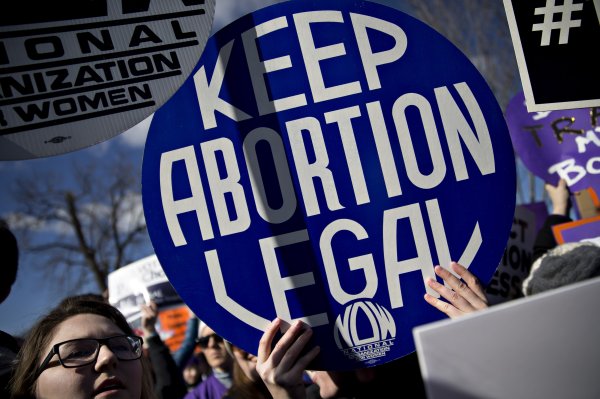 Why Some Anti-Abortion Activists Don't Support So-Called 'Heartbeat Bills'
Next Up: Editor's Pick