Pope Francis greets the crowd during his weekly general audience at the Paul VI audience Hall on December 7, 2016 in Vatican.
VINCENZO PINTO—AFP/Getty Images
By Mahita Gajanan

Pope Francis used colorful language while warning against promoting slander and disinformation in an interview with the Belgian Catholic weekly Tertio published on Wednesday.

Francis said the media should be wary about scandal-mongering—even when the story is true.

Uncovering a truth about a person that is “already in the past, and which has been paid for with a jail sentence, with a fine, or whatever” is harmful and a sin, he said.

Francis said the media, by taking pleasure in spreading such “disinformation,” risks falling into coprophilia—arousal derived from excrement, while its audience could fall into coprophagia, the consumption of excrement.

“I believe that the media should be very clear, very transparent, and not fall prey—without offense, please—to the sickness of coprophilia, which is always wanting to communicate scandal, to communicate ugly things, even though they may be true,” he said. “And since people have a tendency towards the sickness of coprophagia, it can do great harm.” 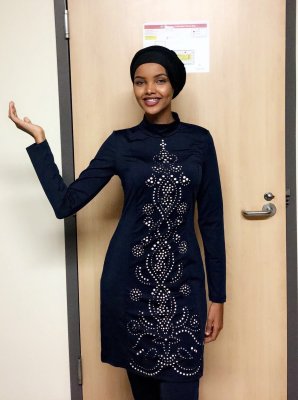 This Teen Made History by Wearing a Burkini at the Miss Minnesota USA Pageant
Next Up: Editor's Pick