Jim Shelton, Debby Bielak and Devin Murphy are the co-authors of "'Billion Dollar Bets' to Create Economic Opportunity for Every American."

For more than 70 years, hard-working Americans have been beset by economic stagnation and decline. Children who are born into low- and even high-income families are no more likely—and more often than not, less likely—to earn more than their parents than children born in the 1940s, captured strikingly in a new report from The Equality of Opportunity Project. Also stuck in the economic doldrums: those among the roughly 25% of U.S. workers doing freelancing, gig work and other contingent jobs, without full safety nets and sometimes working part time. Then there are the 16- to 24-year-olds, our next generation of talent, who are enduring 10.1% unemployment, more than twice the national rate for adults.

Despite this dispiriting data, there are tested ways to return to our meritocratic ideal. In our year-long field scan of interventions, we identified an array of philanthropic investments that are restoring economic opportunity–investments that government dollars could fuel.

Nationwide, 5.8 million children lack the cognitive and social skills to progress when they enter kindergarten. And they continue to struggle. A growing body of research and Pritzker’s dollars are spurring greater interest in the holistic development of very young children, including establishing pre-K schools, expanding home-visit programs, and scaling tech approaches that reach a wider population at lower cost.

Among new digital tools are Text4baby, an advice-by-text service for new and expectant mothers; UPSTART, a computer-based learning program for preschoolers; and Ready4K, a text service that helps parents prepare their kids for kindergarten. According to our calculations, a $1 billion investment in creating and scaling such technologies would deliver $5.5 to $11 billion in increased lifetime earnings of children who enter kindergarten ready to learn.

Too few employers clearly define the job skills they actually need and instead look just for a college degree, and too many low-income job seekers lack a clear understanding of available professions. One group that can benefit from clear pathways to careers is the 5.5 million 16- to 24-year olds who are neither in school nor working. The challenge is to link these “disconnected youth” with companies that are creating six million entry level jobs and 25 million “middle skills” jobs (think: computer technician and nursing) that don’t require degrees from four-year colleges.

Competency-based learning programs, alternatives to traditional higher education, are becoming magnets for social-change investors like Paul Salem, senior managing director at Providence Equity Partners. Salem has bet big on Boston-based Year Up. The nonprofit gives low-income young adults six months of professional training followed by six-month internships at companies like State Street, Salesforce.com and Novartis. Results are impressive: within four months of graduating, 85% of Year Up’s alumni are enrolled full-time in college or have full-time jobs averaging $36,000, putting them on track for middle-class status by age 40.

A $1 billion national investment in scaling programs that point employers to hidden talent—and enable young people to build skills and job networks—would generate a $7.3 to $14.7 billion return, we estimate.

America is pockmarked with communities of entrenched, racially segregated poverty, where substandard housing, schooling and health care create nearly insurmountable roadblocks to upward mobility. Research suggests that prospects brighten when children grow up in economically diverse neighborhoods. Housing advocates are creating a two-pronged solution: opportunities for people to improve their own blighted communities, and support for low-income people to move to neighborhoods with a vibrant middle class.

Consider Baltimore. A child who grows up in a low-income family in Baltimore (that is, the county equivalent) earns significantly less than any of the largest 100 largest counties in the country. With concentrated poverty leaching away the future of Baltimore’s children, corporate and foundation leaders—including Brian Rogers, chairman of T. Rowe Price, and Patrick McCarthy, CEO of the Annie E. Casey Foundation—decided to act. They are among leaders of a collaborative of more than 200 stakeholders, Baltimore’s Promise, which helps low-income children surpass critical life milestones to the middle class.

Case in point: since 2003, the Baltimore Housing Mobility Program has moved more than 3,200 African American families out of highly segregated communities and into economically mixed neighborhoods. We estimate that a $1 billion investment in better housing opportunities would increase lifetime earnings for low-income children by $4.5 to $8.5 billion.

Through the course of our research, interviewees highlighted the potential for leaders across sectors—from business to government to communities—to make these kinds of investments. These three examples are a few among many to show that evidence-based investing in putting far more Americans on an upward economic trajectory generates returns of at least $4, and as much as $14, for every dollar invested. Who wouldn’t bet on that?

Shelton, Bielak and Murphy are the co-authors of “‘Billion Dollar Bets’ to Create Economic Opportunity for Every American.” 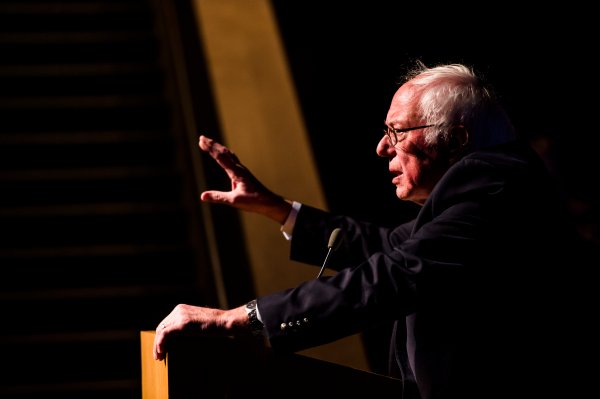 The Bernie Sanders–Fueled Alt-Left Viciously Attacked Me
Next Up: Editor's Pick