Vice President Joe Biden dispensed advice to the country during a comedic “family meeting” with Stephen Colbert on Tuesday night’s The Late Show.

Biden, comparing the current state of American politics to familial strife, offered some advice: “It happens to every family, but I’m telling you — this terrible feeling you’re having right now, it’s not permanent,” Biden said. “It’ll be over in four years — maybe eight.”

Biden and Colbert also discussed the possibility of Biden running for president in 2020, following his comments to reporters on Monday that although he would be open to running in the next presidential election, he wasn’t ready to commit to it.

“You and I talked about this in a different context before: I’m a great respecter of fate,” Biden said. “I don’t plan on running again, but to say you know it’s going to happen in four years I just think is not rational.”

Colbert took this as a hint at a possible Biden ticket in 2020.

“That is the sound of a door creaking open,” Colbert said.

“I can’t see the circumstance in which I’d run, but what I learned a long, long time ago, Stephen, is to never say never,” Biden rejoined. “You don’t know what’s going to happen. Hell, Donald Trump’s going to be 74, I’ll be 77 — and in better shape. What the heck?” 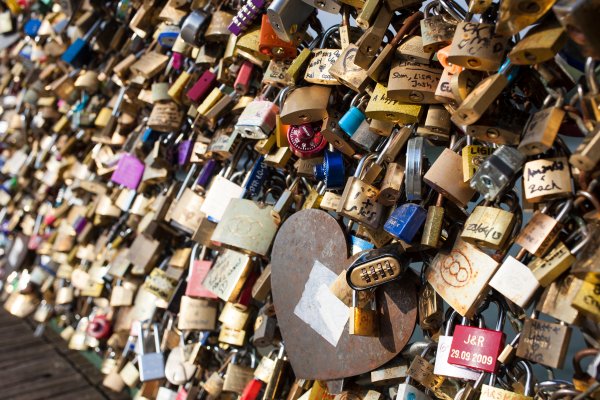 Paris Will Sell Some of Those Famous 'Love Locks' to Raise Money for Refugees
Next Up: Editor's Pick