James Corden has done a lot over the course of his career—let Stevie Wonder be his chauffeur, played Risky Business with Tom Cruise, twerked with Madonna, starred in Doctor Who, but he has never hosted the Grammy Awards. Now that the Late Late Show host has been tapped to host the 2017 iteration of the award show, he realized he needed some advice and brought in a ringer — Billy Crystal.

The three-time Grammy Awards host shared plenty of advice for Corden, which he doled out on Tuesday night’s show. Crystal spun a cautionary tale about musicians, involving Michael Jackson, his pet chimpanzee, a tent, Russian maestro Vladimir Horowitz, and Radio City Music Hall that certainly put Corden on notice about what he can expect when he hosts the show in February.

In short, he might want to bring an emergency supply of chimp Pull-Ups. 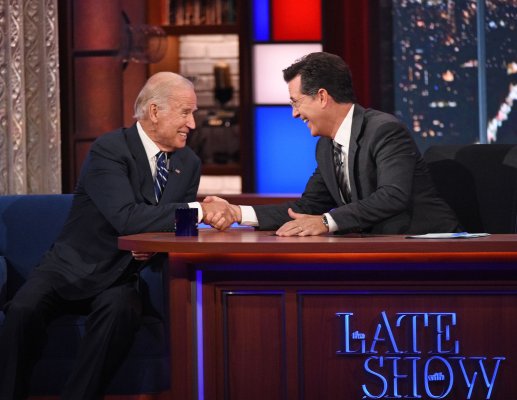