Amy Schumer should be having one of the best weeks of her life. The comedian was nominated for two Grammys on Tuesday (Best Spoken Word album for The Girl With the Lower Back Tattoo and Best Comedy Album for Live At the Apollo) and is currently in talks to star in a live-action Barbie movie from Mattel and Sony.

Instead, the Trainwreck star found herself the subject of online trolls who attacked her for her both her Grammy achievements and her weight.

On Tuesday, Schumer hit back against her haters with an inspiring Instagram post, saying she would remain positive and happy with herself and her place in life no matter what her bullies said.

“I am strong and proud of how I live my life and say what I mean and fight for what I believe in,” she captioned the post, which featured a photo of her on the beach in a bathing suit. “When I look in the mirror I know who I am. I’m a great friend, sister, daughter and girlfriend. I’m a badass comic headlining arenas all over the world and making TV and movies and writing books where I lay it all out there and I’m fearless like you can be.”

Schumer went on to thank her fans for their support, and offered her sympathy to the hate-spewing internet commenters who are “in more pain than we will ever understand.” She urged her fans who have ever had to endure bullying to fight for themselves, and laugh at but also sympathize with the haters.

“They can scream as loud as they want,” she wrote. “We can’t hear them because we are getting s— done. I am proud to lead by example. ‘I say if I’m beautiful, I say if I’m strong. You will not determine my story. I will.’”

Read Schumer’s note in its entirety below. 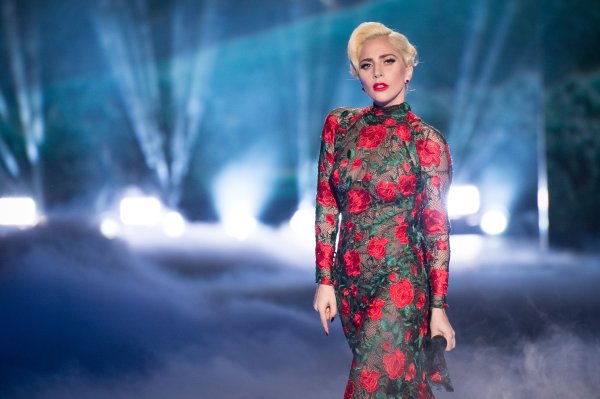 Lady Gaga Says She Suffers from PTSD During LGBT Youth Visit
Next Up: Editor's Pick