Water is seen on part of the glacial ice sheet that covers about 80 percent of Greenland on July 17, 2013 on the Glacial Ice Sheet, Greenland.
Joe Raedle—Getty Images
By Justin Worland

Scientists who study climate change have warned for years that sea level rise due to the melting polar ice caps could devastate coastal cities. But the scale of the damage—and how quickly it would unfold—has remained a matter of debate. Now, two new studies published in the journal Nature undercut key assumptions about Greenland’s ice sheet—a key site of melting ice—and shows just how much more scientists need to learn to understand how devastating sea level rise may be.

The first study suggests that for extended periods over the last several million years, Greenland’s ice sheet lost most of its ice. That challenges the assumption that the island’s ice sheet is relatively stable, even in the face of warming. (The most recent report from the Intergovernmental Panel on Climate Change doesn’t include estimates of possible sea level rise from Greenland melting before 1990, in part because scientists didn’t know much about the long-term history of the ice sheet.) The finding could lead modelers to revise upward assumptions about how much melting ice from Greenland will contribute to sea level rise. If all the ice on Greenland melted, it would raise sea levels globally nearly 25 feet (7.4 m)—enough to swamp coastal cities.

Another seemingly contradictory study released this week in Nature found that Greenland maintained at least some ice over the past several millions years. But scientists noted that a number of factors could explain the apparent discrepancy. For one, even if 95% of ice in Greenland melted, some ice might remain at a few spots with higher elevations.

The scientists behind both studies say the new research underscores the need for further study in the field as well as policy measures to slow climate change. Temperatures have fluctuated over the course of centuries, but the speed of change due to natural forces has never matched the rate the current rate of warming the world is experiencing now, thanks to man-made climate change. (2016 is on track to be the warmest year on record globally, beating last year.) That means an ice sheet susceptible to even small fluctuations in temperatures is especially vulnerable as the planet enters the unknown territory of rapid warming.

“Both studies show that there’s the potential for the ice sheet to be quite dynamic and change over time,” says University of Vermont professor Paul Bierman, who led the study showing a relatively stable ice sheet. “We do what we’re doing with the atmosphere right now at our own risk.”

Both new studies use samples of bedrock taken from Greenland and evaluate the presence of two rare nuclides that decay more rapidly as they are buried under greater and greater amounts of ice. The low levels found in Bierman’s study suggest that the sample was buried deep under the ice. The high levels in Schaefer’s suggest the opposite. The researchers say that difference is likely the result of studying samples from different locations.

The new research is just the latest to suggest that consensus models used by policymakers to project sea level rise may be off by a significant margin. Another study published in Nature earlier this year found that Antartica was also more susceptible to ice melt than previously understood and could lead to more than 3.5 feet (1.1 meters) in sea level rise.

Scientists say humans can certainly play a role in slowing ice melt and resulting sea level rise—fulfilling the Paris Agreement’s goal of keep global temperatures from rising more than2°C (3.6°F) above pre-industrial levels by 2100 would be a good start. But researchers note that even then science does not fully explain what will happen to the polar ice caps and it could be worse than even the worst-case scenarios currently anticipated.

“We’re dealing with an incredibly complex system on Earth and we don’t know the half of it,” says Bierman. “There are surprises lurking out there.” 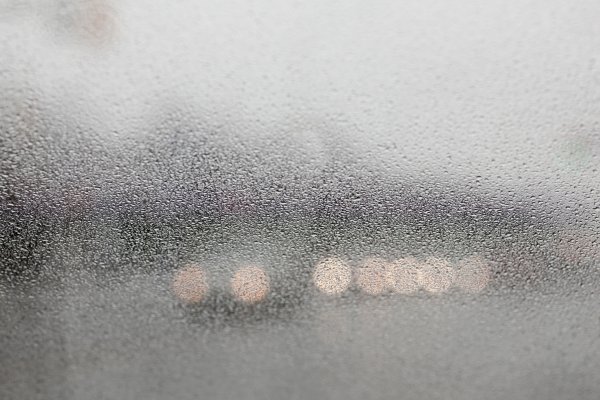 How Climate Change Could Make Extreme Rain Even Worse
Next Up: Editor's Pick