It’s official: Jimmy Kimmel is our host for the 89th Annual Academy Awards. In a self-deprecating opening segment on his late-night show Monday, Kimmel brought up his new gig with typical humor.

“I read online today that in February I’ll be hosting the Oscars,” he said casually. “The producers and the Academy went through a long list of names and in the end, they decided that since I’m already right across the street from where they produce the show, I was the closest person to host,” he joked. “I guess I have to get a tux now—or maybe I’ll wear jean shorts! Has anybody ever done that? We have to shake things up.”

He added that his goal for the night is “to somehow get arrested during the hosting of the show,” mentioning that marijuana use will be legal in California—and probably giving the producers pause. They’re taking a chance on Kimmel; although he’s a veteran late-night host and has emceed the Emmy’s (to mixed reviews), this will be his first Oscars appearance, following last year’s Chris Rock ceremonies and Neil Patrick Harris before him.

But the Oscar news wasn’t the only big announcement of the night for Kimmel.

“Another thing I wanted to mention: my wife is hosting a baby inside her body,” he said, to audience applause. “So there’s a lot of exciting stuff going on. Congratulations to me. I’m hosting the Oscars—and I had sex. Two things, as a teenage boy, I never thought would be possible.” Congrats, indeed. 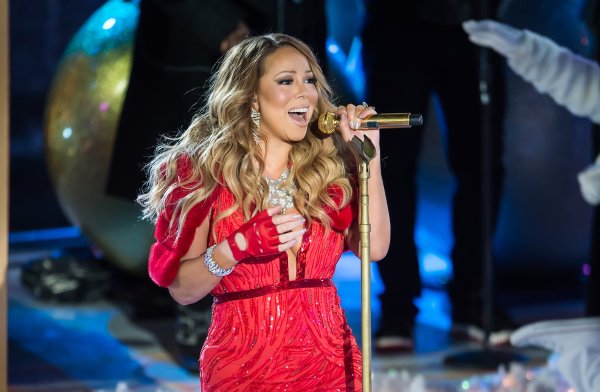 20 Times Mariah Carey Was the Undisputed Queen of Christmas
Next Up: Editor's Pick