How Freaking Out Can Help You Succeed, According to Science

Jason paced the corridor outside the boardroom, his palms dampening the printout of his PowerPoint presentation to the board. He could hear his pulse in his ears—boom-rush, boom-rush, and his mouth was too dry to even rehearse the opening sentence of his pitch.

The last time he had felt like this, he had tried to calm himself with soothing words—”relax,” “calm”—but it hadn’t worked, and he had dried up mid-presentation. This time would be different. Quietly, but distinctly, he said to himself, “I feel excited.”

Suddenly, there was a strange alchemy: the racing pulse, twisting stomach, dry mouth and sweaty palms were changed from one emotion—anxiety—into a quite different one—excitement.

The boardroom door opened, and they called him in. All at once he was energized by a challenge rather than depleted by a threat, as had happened the last time. He performed brilliantly; this time the Board accepted his pitch.

This is not fantasy—it is based on the science of emotion which tells us that the same bodily symptoms—racing heart, sweating skin, dry mouth, churning stomach—underlie many different emotions, including anger, anxiety and … excitement.

These all arise because a bodily network called the sympathetic autonomic nervous system goes into overdrive in what we commonly know as the “fight or flight” response. But if the same symptoms are common to all these different emotions, how do we know what we are feeling? The answer is simple: context.

If I am about to give a presentation to a disapproving board who rejected my last pitch, my racing heart must mean that I am anxious. But suppose I change that context using my mind’s ability to rewrite the software controlling my brain’s chemistry? How? By saying the words “I feel excited.”

Recent research has shown that these three words create a new context, one in which the symptoms of arousal can be used as a sort of performance-enhancing energy rather than as a self-defeating threat. In other words, saying “I feel relaxed” doesn’t cut any mustard with an aroused brain, while “I feel excited” might well do the trick.

In fact, interpreted in this way, “stress” can become a source of positive energy that can aid your performance. This is because a key component of stress is the neurotransmitter norepinephrine which, like many of the brain’s chemical messengers, has an inverted U-shaped function, with too little or too much causing the brain to underperform.

When Jason said “I feel excited” before the board presentation, his reinterpretation pulled his norepinephrine levels back from their too-high levels back up to the peak of the inverted U’s sweet spot of performance.

Norepinephrine in the right levels has remarkable properties in the human brain—it acts as a sort of fertilizer, growing new connections between neurons and even new brain cells. For example, people in their 70’s with poor memory normally can expect to show a further decline in memory over the next two years, but it turns out that moderately stressful life events, like a conflict with family members or serious illness of a partner, can stem this decline, likely because moderate stressors can create sufficient challenge for an otherwise under-stimulated older person to increase norepinephrine levels to a level that boosts brain performance both short and long term.

And it turns out that young adults who have experienced little or no stress in their childhood end up more emotionally vulnerable and less able to cope with pain. This is very likely because when they do finally encounter adversity as young adults—as we all must inevitably do—they find these unfamiliar symptoms of arousal to be strange and frightening and so cannot harness them in a productive way.

Fear of fear is a key driver of stress, and it can be an unrelenting vicious cycle that pushes people well beyond their sweet spot of norepinephrine activity. If you harness the energy of stress by re-packaging its one-size-fits-all bodily symptoms, then you can crank the norepinephrine levels back to the peak of their inverted U-shaped curve and use them to boost your performance rather than detract from it. 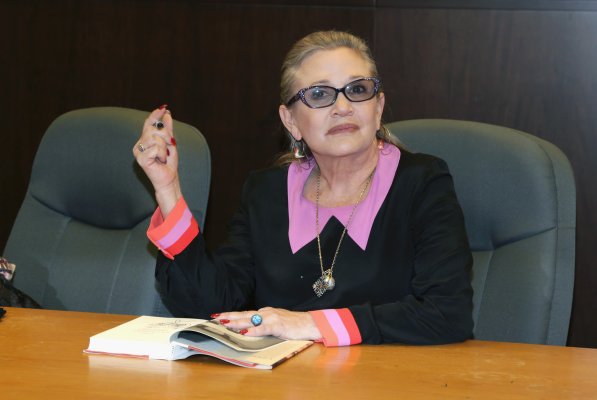