Here Are the 2017 Grammy Nominations

After months of speculation, nominations for the 59th Grammy Awards, which will be broadcast live on Feb. 12, 2017, have been announced.

Chance the Rapper, whose album, Coloring Book, was the first streaming-only album to make the Billboard 200, has seven nominations in five categories. The Grammys has changed its rules to now consider stream-only releases for the 59th awards.

Singer Meghan Trainor, who took home the Best New Artist award at the star-studded ceremony held earlier this year, revealed the nominees for Best New Artist, Record Of The Year, Song Of The Year and Album Of The Year live on CBS This Morning, shortly before the nominations across all 84 categories were published online. Trainor told the news station that she keeps her Grammy next to her bed and giggles when she looks at it.

The 2017 show will be hosted by The Late Late Show presenter James Corden, after five years of Grammys hosting duties by American rapper and actor L. L. Cool J. The British presenter will certainly not be fazed by meeting the music industry’s biggest names; he has harmonized with Adele, Stevie Wonder, Lady Gaga, Sir Elton John and Justin Bieber in the Emmy-winning Carpool Karaoke.

At the 2016 ceremony, Kendrick Lamar picked up several trophies including Best Rap Album and Best Rap Song, while Taylor Swift took home her second Album of the Year award for 1989 alongside prizes for Best Pop Vocal Album and Best Music Video for ‘Bad Blood.’

You can find the full list of the nominees from all 84 categories here, and see a selection below:

‘Stressed Out’ – Twenty One Pilots

‘Stressed Out’ – Twenty One Pilots 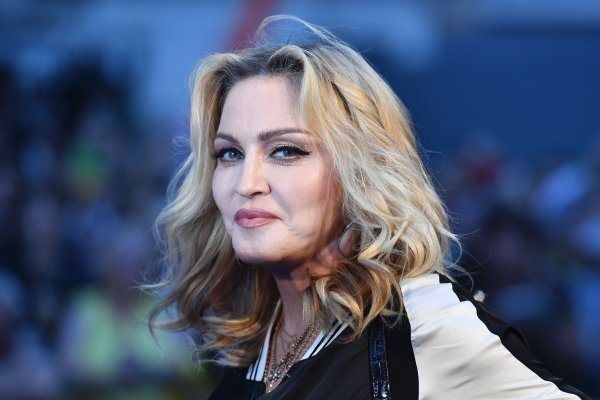 See Madonna Twerk on Carpool Karaoke With James Corden
Next Up: Editor's Pick