The 9 Biggest Surprises at the 2017 Grammy Nominations

The Grammy Awards are arguably the biggest measure of critical success in music—and with Tuesday’s announcement of the 2017 nominees across a whopping 84 categories comes the usual set of snubs and surprises. As expected, Beyoncé, Drake and Adele cleaned up with multiple nominations each. But plenty of curveballs were thrown, too:

David Bowie didn’t get quite as many posthumous nods as expected: With the beloved artist passing away just after the release of his final album to widespread critical acclaim, many were predicting this could be Bowie’s year at the Grammys—especially since he had only taken home two over the course of his illustrious career. But Blackstar was shut out of major awards consideration, instead appearing in genre-focused categories like Best Rock Performance, Best Rock Song and Best Alternative Music Album (as well as some of the technical awards).

Sturgill Simpson sneaks into Album of the Year consideration: Country singer Simpson was the lucky recipient of one of this year’s Album nominations, which surprised many prognosticators—the Grammys have often been known to throw country into the mix, but it’s never clear exactly who will get the nod.

Twenty One Pilots is in the ring for Record of the Year: “Stressed Out” might be exactly how many music listeners are feeling after a turbulent 2016, so perhaps it shouldn’t be quite so surprising that the anthem nabbed a spot in the Record of the Year category—although it wasn’t high on many critics’ predictions lists.

Mike Posner’s “I Took a Pill in Ibiza” gets love: Love it or hate it, the ironic song about hard-partying and its pitfalls received a nomination for Song of the Year, a surprise addition for many critics.

Kanye West comes up relatively short: The Life of Pablo featured a tumultuous rollout, a big stadium concert push—which was recently canceled, due to the rapper’s hospitalization—and controversial but popular songs like “Famous.” But after all was said and done, West’s latest album didn’t receive any love from the big categories. That said, he did clean up in the rap-specific categories, taking two nominations in each.

Critical darling Radiohead misses out: Like David Bowie, Radiohead will play in the Best Alternative Album and Best Rock Song categories—but not in the major, cross-genre awards.

No love for ZAYN: The former One Direction crooner’s status has been contentious all year—would he be up for Best New Artist, or did his previous Grammy wins (as part of the boy group) disqualify him? The powers that be ultimately determined that he couldn’t put his hat in the New Artist ring, but his debut album—with its chart-topping single “Pillowtalk”—still had a shot at the big leagues alongside everyone else. In the end, though, no nods were tossed his way at all.

But what about Lady Gaga, A Tribe Called Quest, The Weeknd, Bruno Mars and Leonard Cohen? Actually, it’s not surprising that these artists didn’t rack up any nominations this year, as they weren’t technically eligible for the awards. The Grammys work on a distinct timeline, and all of theses artists released albums after the official Sept. 30 cutoff—but, based on their success in the few short months since they’ve dropped, expect to see them pop up in 2018.

And Frank Ocean? Ocean made a political statement by refraining from submitting himself for consideration this year. In November, he told the New York Times that he thinks the “infrastructure of the awarding system and the nomination system and screening system is dated.” 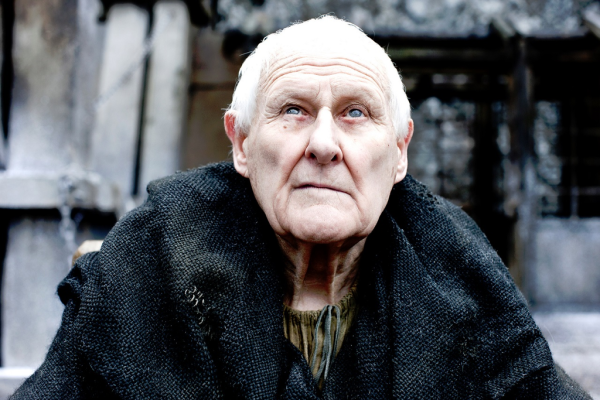 Game of Thrones Actor Peter Vaughan Dies at 93
Next Up: Editor's Pick