The Jeff Bezos playbook works something like this: sketch out a big, audacious goal in a fledgling market, launch with a modest yet fine-tuned project and build incrementally over many years until you’re the 500-lb. gorilla of a thriving industry.

This is playing out right now with Amazon’s cloud services. An experiment that began a decade ago to offer startups access to its tech infrastructure has turned into the dominant player in the cloud sector, with $13 billion in revenue. Amazon Web Services will have added 1,000 new features this year, including artificial intelligence technology like speech and image recognition.

More famously, it happened with Amazon.com, which launched in 1995 as an online bookseller with 1 million titles and a spartan home page. Today, Amazon.com and its Marketplace sellers offer more than 350 million products in an array of categories, accounting for 60% of online sales growth. A TIME profile of Bezos in 1999 foresaw it all:

Today, Amazon made a modest announcement that looks straight out of the Bezos playbook: Amazon Go, “a new kind of store with no checkout required.” The company calls it “Just Walk Out” shopping. But it’s really an attempt to eradicate one of the more frustrating aspects of shopping in stores: the checkout line. It’s pure Bezos: start with 1,800 ft. of grocery retail space in downtown Seattle and see if you can remake retail all over again.

The basic idea behind Go isn’t completely original. Years ago, companies like IBM foresaw a checkout-line-free future, using RFID chips embedded in packages. But Amazon is using the kind of modern deep-learning technology it’s rolling out to its cloud clients, along with computer vision and sensor fusion. For shoppers, the tech will be invisible. They just fire up a Go app, grab what they want, and be on their way.

Go looks to be an experiment for now. The service is available to Amazon employees in a beta program, with plans to open things up to the public next year. Amazon has been offering grocery delivery through its Amazon Fresh service. It’s opening brick-and-mortar bookstores in Seattle and New York City as well as dozens of pop-up shops in malls that demo Amazon gadgets. Reports surfaced this fall that Amazon would open physical grocery stores, but the “Just Walk Out” shopping idea is new.

It also may be the most radical e-commerce idea Amazon has had in a while. With enough time and enough resonance with consumers, Go could reshape how we shop in stores. In the same way Amazon’s online store forced retailers to move more of their sales to online sites, Go could force them once again to chase Amazon or suffer with an outdated business model.

Amazon Go could also obviate the cashier in the way self-driving vehicles threaten jobs in the taxi and trucking industries. It could make digital payments more common than cash or plastic, while turning the retail store into as much a data-driven environment as Amazon’s checkout card is today. If any of this comes to pass, it will happen only gradually. Amazon prefers to scale its innovations slowly, reiteration by reiteration.

The big question for Go is how popular it will ultimately prove. Amazon has steadily rolled out retail innovations aimed at removing friction from shopping process. In many cases, these were greeted with skepticism but later embraced. The original online bookstore defied predictions of its early demise. One-click shopping became a standard feature despite predictions it would lead to mistaken purchases. Prime Now struck many as foolhardy back in 2005. It has 50 million subscribers today.

If nothing else, Amazon Go shows that 22 years into its history, Amazon isn’t slowing down. Whether it’s adding machine-learning capabilities to its cloud services, taking on Netflix by partnering with HBO and possibly adding live sports to its Prime video offerings, or building stores without long checkout lines, Amazon right now looks as bold as its ever been. 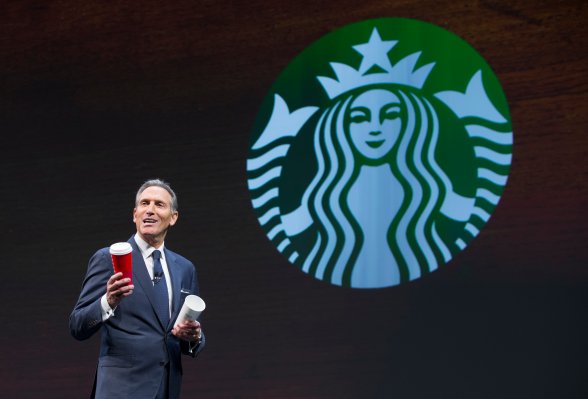 What Starbucks' New CEO Means For Your Daily Coffee Fix
Next Up: Editor's Pick