Exercise May Be the Key to Better Sperm

About one in three couples struggling with infertility can trace their issues to poor quality semen, and men are given all kinds of advice about ways to produce healthier sperm. Among the most dispensed: eat a healthy diet, keep a healthy weight, avoid alcohol and tobacco and stay away from certain medications, such as blood pressure and depression drugs.

In the study, Behzad Maleki at Justus-Liebig University in Germany and his colleagues recruited 280 sedentary, middle-aged men and randomly assigned them to one of three exercise regimens, or to no exercise, and followed them for six months. They wanted to see what effect different types of exercise, and different intensity activity, had on sperm quality and count. One group exercised at moderate levels continuously by walking or jogging on a treadmill, while another followed the same protocol but at a higher intensity. Another group did high intensity exercise on the treadmill but in short interval bouts.

Compared to the control group that didn’t exercise, all of the men who followed a physical activity program showed improvements in a variety of measures of their sperm. After six months, they showed less DNA damage, healthier sperm shape and lower levels of metabolic stress factors. They also showed higher numbers of sperm precursors.

“This fits reasonably well with what we thought about the effects of exercise,” says Dr. Peter Schlegel, vice president of the American Society of Reproductive Medicine and chairman of urology at New York Presbyterian/Weill Cornell Medical Center. “But this is a much better done study than almost anything that’s been done before on the subject.” He notes that most previous studies did not randomly assign people to exercise groups and compare the outcome on sperm quality, but rather recorded sperm measures among men who reported their exercise habits after the fact.

In the current study, the men in the moderate intensity, continuous activity program showed the most improvements compared to men in the other two more intense groups. While it’s not entirely clear why, part of the reason may have to do with the fact that extreme exercise generates body heat, which can be detrimental to sperm health; for marathoners and people training at intense levels, finding ways to dissipate body heat is a major concern. Schlegel also says that regular exercise can improve circulation and make the blood vessels healthier, which may benefit the testes, an organ that’s sensitive to and requires good blood flow.

Exercise may also be working in other ways to enhance reproductive health, since all of the men who exercised lost weight, reduced their amount of body fat and improved their fitness levels. Fat tissue has been linked to higher levels of damaging metabolic stress compounds, so losing weight and becoming more fit may create more hospitable conditions for sperm and improve its quality and volume.

There are already plenty of reasons to exercise, and now better quality sperm is one more worth noting. 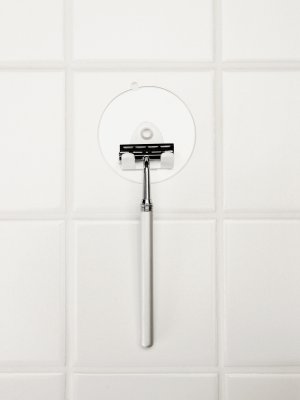 Why You May Want to Rethink Grooming Your Pubic Hair
Next Up: Editor's Pick