No other child in the world has developed a personal brand quite as strongly as North West. Following her family’s enviable marketing techniques, North is consistently clad in her own unique styles, and now we have literal proof that she’s been a Balmain baby since conception.

Balmain creative director Olivier Rousteing said in a recent interview that the first dress he designed for Kim Kardashian is the one she wore to the Angel Ball in 2012.”[The dress] was a long, electric blue dress that Kanye requested,” Rousteing told Harper’s Bazaar. “And you know what is the most amazing thing was about this dress. I don’t know if I can say it, but I’m going to say it. I’m sorry, Kim, I want to say it. It was the night North was conceived.”

Sorry for the TMI, North, but at least you know you were always destined to wear high fashion.

Read the full interview at harpersbazaar.com 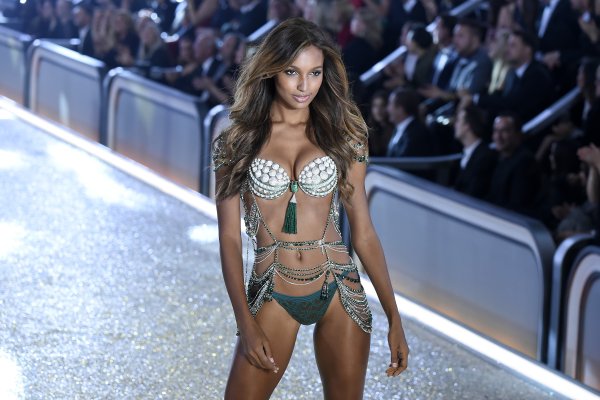 How Victoria's Secret Model Jasmine Tookes Motivates Herself to Workout
Next Up: Editor's Pick