4 Ways to Make Yourself More Productive, According to an Expert

Ever needed to be productive… but you just don’t feel like it? And you literally end up negotiating with yourself in order to get things done?

I knew the answer was a bit beyond my pay grade, so I called an expert…

Robert Cialdini is the Undisputed Heavyweight Champion of persuasion. He’s a professor of psychology at Arizona State University and author of the #1 book on influence — aptly titled: Influence: The Psychology of Persuasion.

When we want to get others to see things our way we spend the majority of time crafting logical arguments and collecting convincing evidence to present to them… and Bob says that’s dead wrong.

In his new book Pre-Suasion, Bob explains that we need to take a 2500-year-old tip from good ol’ Sun Tzu:

What we do before we try to persuade is often more critical to whether or not we are successful.

From Pre-Suasion: A Revolutionary Way to Influence and Persuade:

So if you’re going to persuade yourself to get more done, you need to think about what you do in advance of starting the task.

Talking yourself into doing anything can be tricky because, well, you know what you’re planning. So perhaps we should get started by convincing your unconscious mind to help you out…

When The Going Gets Good, The Good Stop Going

So you’re actually getting some solid work done. You’re pleased with yourself. But you’re also a little afraid that tomorrow you’ll start procrastinating all over again. There’s a good way to make sure that doesn’t happen…

Leverage the “Zeigarnik effect.” (Luckily, you don’t have to be able to pronounce it in order to do that.) The Zeigarnik effect is a psychological principle that says our brains seek closure.

Your unconscious mind wants to feel like you “finished” something — otherwise it will keep thinking about that task long after you’ve left the office.

Well, Bob told me a story about a colleague of his who uses those nagging thoughts to her advantage — to prevent procrastination.

When she’s writing and the end of the workday approaches, she stops mid-sentence. That way her brain is dying to finish that thought. And when she gets to her desk the next day she’s thankful to be able to complete what she started. Here’s Bob:

So take a lesson from those cliffhangers at the end of television episodes. They keep you tuned in for a reason. Your brain wants closure. Don’t let it have it.

So you know how to turn one productive day into a productive week. But how do you get going in the first place? All it takes is a few magic words…

Ever wish you could just program yourself like a computer to do the right thing? Well, we can’t upload Kung fu into your brain, Neo, but we’ve got the next best thing…

Before it’s time to accomplish something, create a clear goal statement that includes the place or time something needs to be done and the thing you have to do. Just use the magic words “If/When” and “Then.”

So keep in mind: “If Eric writes a blog post, then I will read it to the very end and thank him profusely.”

(To learn how to stop being lazy, click here.)

So you’ve got an if/then and you’re not giving yourself closure. You’re programmed to get to work and your unconscious mind will make sure you pick up where you left off tomorrow. But what if you still just ain’t feelin’ it?

Of course you have. Ever scoffed at one? Probably. (Ever viciously mocked one then set it on fire? Oooookay, maybe that’s just me then…)

Well, those trite displays of utter tastelessness actually work. When you see “inspirational” pictures like that before you get cranking, you really are more productive. Here’s Bob:

No, I am not here to ruin your office decor. You can get the same effect by scribbling “ACHIEVE” on a post-it note and putting it where you can see it.

From Pre-Suasion: A Revolutionary Way to Influence and Persuade:

(To learn how 5 post-it notes can make you happy, confident and successful, click here.)

So a post-it note can inspire you to get those tough tasks done and help us all win the war against bad art. But what if that isn’t enough? Want inspiration that’s personalized for you and is proven to bring out your best work?

Alright then: let’s talk about Purell…

Remind Yourself Of Your Commitments

Doctors don’t always wash their hands before they see patients. Hospitals tried to get them to be better about it. Signs were put up saying, “Hand hygiene protects you from catching diseases.”

Annnnnnd… that didn’t work at all. What did work?

Reminding them of their duty to help those they care for. A sign that read, “Washing your hands reduces your patient’s chance of infection” produced a 45% boost. Here’s Bob:

I know, I know — maybe you haven’t taken the Hippocratic Oath lately. And you don’t live by the Bushido Code either. Doesn’t matter. If you don’t have a commitment to remind yourself of, just make one. But make it something you’ll take seriously.

Need an example? Bob has a personal commitment he used to make sure his book Pre-Suasion was something he’d be proud of. I’ll let Bob tell the story:

Wanting to be a good Grandpa might be the ultimate productivity tool.

(To hear Bob’s 6 groundbreaking secrets for how to persuade others, click here.)

Okay, we’ve learned a lot. Let’s round it up…

Here’s how Robert Cialdini says you can trick yourself into being more productive:

Avoiding procrastination and being productive isn’t always easy. Sometimes toughing it out with willpower doesn’t work.

But that’s okay. Anything that you know will get you going is fair game. Give some of Bob’s tips a shot. You may need to trick yourself, fool yourself or persuade yourself in order to get those tough tasks finished.

As screenwriter Terry Rossio once said, “My lousy way of getting it done is better than your great way of not doing it.” 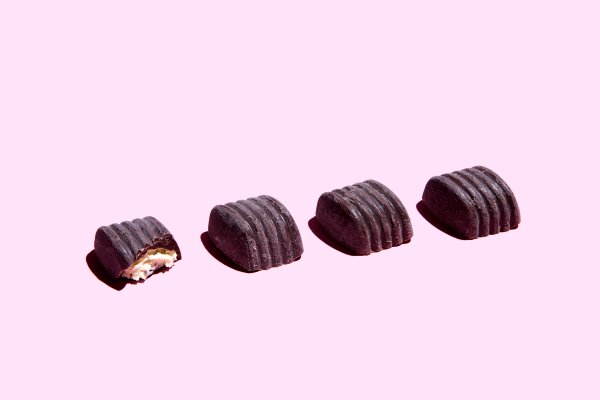 The Way You Think About Willpower Is All Wrong
Next Up: Editor's Pick