Farm Animals Are Now Resistant to a Last-Resort Antibiotic

Drug resistance is a growing global health problem; experts estimate that in 2050, 10 million people will die from infections that are resistant to antibiotics each year. The use of antibiotics in livestock animals contributes to the problem, as does the inappropriate—but common—overprescribing of antibiotics.

A new study, published in the journal Antimicrobial Agents and Chemotherapy, added to the concern when researchers identified resistance in farm animals to a certain kind of antibiotic called carbapenem. Carbapenem drugs, last-line medications that treat severe infections, are not supposed to be used in agriculture due to their importance as a treatment for people.

Thomas Wittum, chair of veterinary preventive medicine at Ohio State University, and his co-authors swabbed floors and walls from a pig farm over five months, collecting environment and fecal samples. They then found the carbapenem-resistant bacteria growing in their petri dishes.

Wittum says farms do not use carbapenem antibiotics not only because doing so is illegal, but that it’s also very expensive. “How the [resistant bacteria] got onto the farm we really don’t know,” said Wittum in an email exchange with TIME. “But probably it was introduced from the outside from movements of wildlife, people, equipment, etc.” He says it’s possible that other legal antibiotics used on the farm could be contributing to the maintenance and spread of the bacteria, but more research needs to be done.

In the study, the researchers did not find the bacteria in any of the pigs. But Wittum says his team has since recovered the bacteria in both sows and piglets. “We found no evidence that these organisms were entering the food supply, but that is the concern: that it could happen on this or other farms,” he says. “We need more research to really understand that risk.”

Addressing the issue of antibiotic resistance will require commitments from a wide variety of groups, including farmers. In September, global leaders gathered at the U.N. headquarters in New York City for a high-level meeting on antimicrobial resistance, and many leaders promised their countries would address the problem. Making a dent in the issue will require the bolstering of surveillance systems and judicious use of antibiotic prescribing, as well as urging farmers to only use antibiotics in their animals to treat infections. 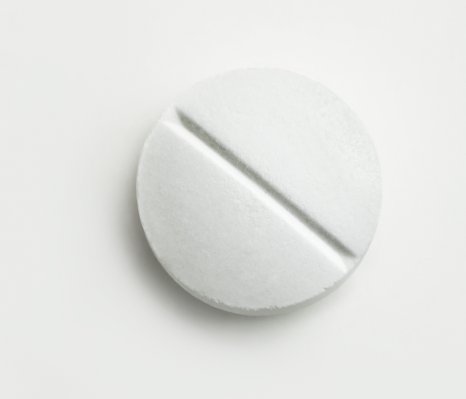 The New Bottom Line on Your Daily Aspirin
Next Up: Editor's Pick