A Rogue One clip released Saturday offers another clue that a certain original Star Wars character may be making an appearance in the upcoming spinoff. Following an interview with Gareth Edwards in which the director responded, “I don’t want to ruin it for people,” when asked if Princess Leia is in the film, the new scene — which shows Jyn Erso (Felicity Jones) rallying the Rebel Alliance — features a cameo by Bail Organa (Jimmy Smits), Leia’s adopted father.

As most fans know, Organa — who was played by Smits in Episode II – III — adopts Leia at the end of Revenge of the Sith after her birth father, Anakin Skywalker, turns to the Dark Side and becomes Darth Vader. Leia goes on to play a crucial part in the Rebellion, transmitting Jyn and her crew’s stolen Death Star plans to Luke in Episode IV: A New Hope.

Watch the full clip below, along with another sneak peak showing Jyn getting her hands on a blaster. 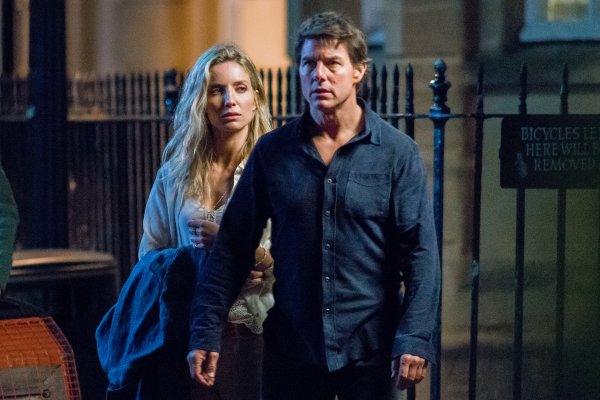 Watch the Tense First Trailer For The Mummy Starring Tom Cruise
Next Up: Editor's Pick