Almost half of Americans see torture as a useful way of getting information out of enemy combatants during times of war, according to a new survey. Americans’ views on the issue of torture, a war crime, differ from those of people in many other countries, including Afghanistan.

The survey by the International Committee of the Red Cross found that 46% of Americans consider torture a useful tactic, while 30% see it as wrong. To nearly 33% of Americans, torture is merely a “part of war.” The findings differ greatly from Afghanistan, where some 83% of respondents said torture was wrong. Recently, a prosecutor for the International Criminal Court found reason to believe American troops may have committed war crimes in Afghanistan, including torture and the cruel treatment of prisoners.

The International Committee of the Red Cross surveyed 17,000 people in 16 countries to get their opinions on war and several acts that are considered criminal under international law, including torture and attacks on hospitals and aid workers. The survey found that respondents in the world’s most powerful countries, including the U.S., Russia, China, France, and Britain, had a more lax view about what should be considered criminal and what was merely a consequence of war.

President-elect Donald Trump said during his campaign that he would bring back interrogation techniques banned by President Obama, but walked back some of his statements after meeting with his pick for Secretary of Defense, General James Mattis. 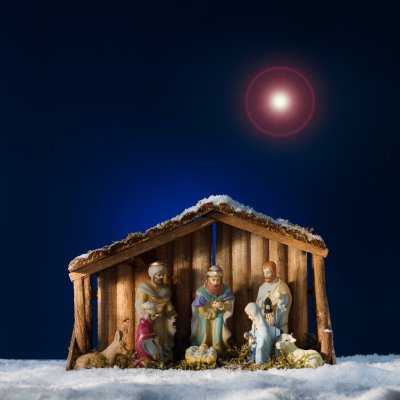 These Christmas Cards Show An Alternative Nativity
Next Up: Editor's Pick