Shinzo Abe will visit Pearl Harbor, he said on Monday, becoming the the first sitting Japanese leader to visit the site of the Dec. 7, 1941 attack of the U.S. naval base in Hawaii, which killed more than 2,000 and pulled America into World War II.

Abe will travel to the base with President Obama on Dec. 26 and 27, the New York Times reports. “We must never repeat the horror of war,” he told reporters. “I want to express that determination as we look to the future, and at the same time send a message about the value of U.S.-Japanese reconciliation.”

His visit will come a few weeks after the 75th anniversary of the aerial attack. It follows a trip Obama made to the Japanese city of Hiroshima, where the U.S. dropped a nuclear bomb in 1945. 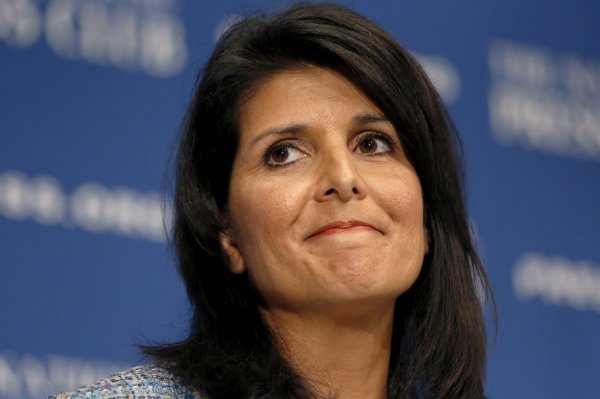 Nikki Haley to be Trump's U.N. Envoy
Next Up: Editor's Pick