Italian Prime Minister Matteo Renzi’s resignation from office on Sunday night after the unexpectedly heavy referendum defeat opens a period of political instability and high risks of market volatility, declaring as winners populist and anti-establishment parties but leaving on the ground no sound government alternative.

Almost 60% of Italians voted against the constitutional reforms promoted by Renzi to scrap the Senate of many of its legislative powers and modernize Italy’s rusty institutional framework, speeding-up the decision-making process. If the reform had passed, it would have been the first major constitutional overhaul after the 1946 referendum when Italians were called to choose between the monarchy and the republic.

But for the majority of Italians the referendum stood as a “no” vote of protest against Renzi’s “one-man show” leadership. Many voters were convinced by the slogans and rhetoric of populist parties such the Five Star Movement and the Northern League who are now calling for an early vote and a “new era” in European politics, pushing for an exit of Italy from the eurozone.

“Our victory shows that Italians have also said ‘no’ to the austere and destructive policies of the European Union and to the diktats of Germany. It’s about time to ask Italian voters, through a new referendum, whether they want to stay or leave the euro-area,” Five Star Movement deputy Alfonso Bonafede told TIME.

The Five Star Movement and the far-right Northern League party also want a new immigration policy that shares the burden of incoming asylum seekers more equitably among member states and ends the Dublin Treaty, under which refugees are permitted to claim asylum in the country where they first arrive, and is thus penalizing Italy.

Le Pen, for her part, congratulated Salvini straight after the first exit polls, stating in a Tweet how a new populist front has gained ground in Europe despite the narrow victory in Austria on Sunday of moderate leader Alexander Van der Bellen over his far right rival Norbert Hofer of Austria’s Freedom Party.

Now that Renzi has resigned, there is the question of what happens next. The future of Italy lies in the hands of head of state Sergio Mattarella, a former constitutional court judge who will see if there is another candidate supported by the same Democratic majority able to replace Renzi. The former premier will most unlikely accept a second mandate as leader of a caretaker government up to the next general elections in 2018, and Mattarella believes an early vote would be counter-productive at the moment.

The main goal is to reassure financial markets and avoid a run on sovereign bonds and banks, which are weighted down by 360 billion euros of bad loans. Following the Italian referendum vote, the euro lost ground more than it had with Brexit.

In order to ease market volatility and placate fears of a sovereign debt crisis, analysts said Renzi’s replacement should be a “credible” leader such as current Finance Minister Pier Carlo Padoan, a “technical” rather than a political figure who is Brussel’s main interlocutor on reforms, fiscal adjustment, and economic recovery.

Italy’s high public debt and its ailing banks that seem unable to survive without some sort of state support are the weak link in the chain, and Italy’s Achilles’ heel in the looming period of instability. “Financial markets hate uncertainty and this scares away investors. We will be facing a prolonged difficult political phase of uncertainty that could last years as there appears to be no concrete solutions at government level to weather the turmoil. How much could an interim cabinet really accomplish?” said Pietro Reichlin, Finance professor at Rome-based LUISS University.

The European commission granted Renzi until early next year for a final evaluation of Italy’s 2017 budget, which is still being finalized by parliament. Prior to the vote, Italy’s top industrial lobby Confindustria had warned that a “no” victory could make the country slip back into recession with a 1.9% drop in GDP. The referendum blow would trigger a drop in consumer and business confidence, it warned, raising the cost of debt issuance and scaring away foreign capital.

The worst case scenario is if Mattarella fails to find an interim government. There would be an early vote as of April, which could be a recipe for chaos. There would be a high risk that two different majorities in each branch of parliament emerges, given the referendum defeat has also killed the new electoral law wanted by Renzi for the Lower House election.

Yet the referendum results can be seen in a more favorable light for the soon-to-be former Prime Minister: the “yes” votes in favour of Renzi’s reform – and therefore of Renzi himself – were 40%, meaning that Renzi’s Democrat party (despite a dissident minority) is still arguably the leading political force in the country and would most likely win an early vote.

The “no” front is made of many different groups that running alone have no chance of success, not even the Five Star Movement. Their only common denominator was the anti-Renzi crusade, and with Renzi now out of the picture not much else keeps them together anymore. For Italy’s populists, this victory may end up being short-lived. 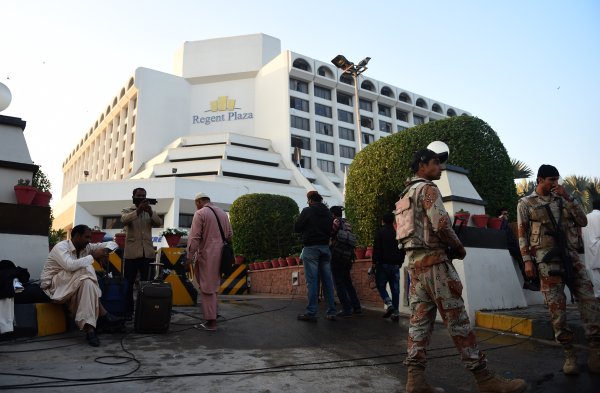 Blaze at Top Hotel 'With No Fire Exits' in Pakistan Kills 11
Next Up: Editor's Pick