Indian Prime Minister Narendra Modi has won the online reader’s poll for TIME Person of the Year, beating out other world leaders, artists and politicians as the most influential figure in 2016 among people who voted. The magazine’s editors decide the final Person of the Year, but poll results provide a look at how the world sees these figures.

Modi won with 18% of the vote when the poll closed Sunday at midnight. He placed well ahead of his closest contenders, including Barack Obama, Donald Trump and Julian Assange, who all received 7% of the “yes” vote. Modi also placed far ahead of other prominent figures of this year, like Mark Zuckerberg (2%) and Hillary Clinton (4%).

In recent months, Modi saw high approval ratings from Indians, according to a September Pew poll, and ratified the Paris Climate Change Agreement. Modi has come under scrutiny recently for getting rid of 500- and 1,000-rupee notes, impacting cash-based businesses and threatening India’s economy.

Current poll results, analyzed by poll host Apester, found that preferences differ across the world and the United States. Modi performed particularly well among Indian voters as well as those in California and New Jersey.

Every year, TIME selects the most influential person of the year, noting, for better or for worse, the person or group of people who have had the largest global impact over the past 12 months. In partnership with Opentopic and IBM’s Watson this year, TIME editors were also able to see how candidates were influential on the Internet.

Update: Last-minute votes tallied on Monday after the close of the poll, by poll host Apester, brought Modi’s lead up to 19%.

TIME’S Person of the Year will be revealed on Dec. 7. 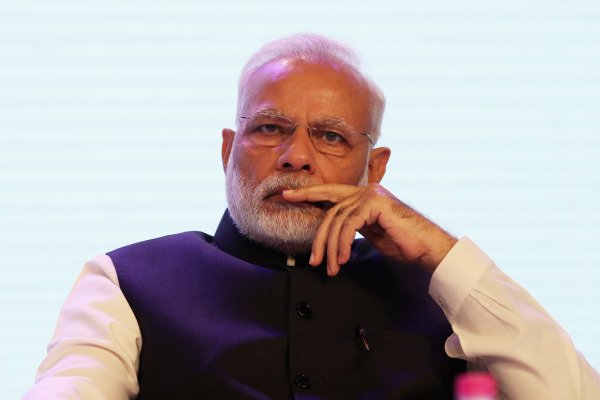 Narendra Modi Maintains Lead in Final Stretch of TIME Person of the Year Poll
Next Up: Editor's Pick