The worst you can say about Oculus Touch, a $200 pair of motion controls that’s out December 6 for the Oculus Rift virtual reality headset, is that it’s late. Call it the white rabbit leaping down a hole into which we can now thrust our arms and hands as discrete ways of interacting with the Rift’s virtual worlds. There’s a flag at the bottom that reads “HTC Vive was here!” But Oculus Touch has its own things to scribble on a pennant. It’s been biding its time to bring us, yes, what the Vive’s dual motion control wands have been offering for months — but also a bit more.

That “more” is what some are calling “hand presence.” Pardon the buzzy lingo, it’s just shorthand for what it feels like to believe a pair of virtual hands in a simulated environment are in fact yours. When you look down at the imaginary objects rendered where your hands should be in a virtual world, what do you see? How well do they map to your actual mitts? How much can you do with them that feels legitimately hand-like? In virtual experiences that as of 2016 engage just three of our senses — two of those (eyes and ears) only passively — the degrees of separation between the ways vendors let you interface with the third, touch, matter.

In the boutique VR space currently annexed by headsets like the Rift, the Vive and Sony’s PlayStation VR, the post-Nintendo gamepad remains the common denominator. Most experiences playable in today’s VR headsets let you tap or thumb-swivel input commands on the sorts of controllers gamers have been clutching for decades. HTC Vive and PlayStation VR each add a critical alternative by incorporating graspable wands that in VR-space feel like hefting stubby backscratchers. The upshot of being able to perform natural gestures adds immeasurably to the sense of feeling “present” in an otherworld.

Virtual reality has miles to go before it’s delivering an experience anywhere near as immersive as in a film like The Matrix. Visual quality is set to improve by leaps and bounds, and the ergonomics will improve as headsets get lighter and cast off their bridal veils of cabling. But these things are reasonably solid already — all yours eyes and ears have to do in VR-space is look and listen. Getting the fiddly complexities of human hands right is far trickier. And so for most of the year, the TIME Tech team’s agreed that the $800 HTC Vive, with its incredible Lighthouse sub-millimeter tracking sensors and impeccably accurate Vive wands, is the premiere way to experience VR. With Oculus Touch finally here, that’s still the case, but only slightly so.

The Touch controllers resemble the world’s weirdest plasticized jewelry — a pair of black bracelets with graspable button-happy appendages. Instead of wands, the Facebook-owned Oculus opted for something that’s like the grip of a gun with the chamber and barrel sawed off, replaced by a perpendicular hoop that helps the sensors “see” whether your wrists are rolling, pitching or yawing. Where a gun’s hammer would be, the Touch controllers have a small circular platform with buttons and a thumbstick. There’s a trigger for your forefinger (where a gun’s would be), and another around the side of the grip for your middle finger. It’s a layout that feels lighter and more intuitive than the Vive’s heavier wands.

Setting it up is marginally more complicated than hooking up the Rift without Touch, but still less so than either Vive or PlayStation VR, which have additional cables and junction boxes. Instead of built-in rechargeable batteries, you’re provided a single AA battery slot per controller, which gets you up and running immediately. That’s a smarter choice than either HTC or Sony made with their wands, because it means you’re never out of juice waiting on a charger, and still able to swap in your own rechargeables.

In the box you’ll also find a second USB 3.0 sensor that you’ll place a few feet parallel to the one that came with the Rift. This gets you most of the way to “room scale” VR, giving you a play space of roughly 10 by 10 feet, though you have to stand facing towards the sensors. If you want to be able to turn around, you’re limited to about 5 by 5 feet of space. And if you want Oculus’s maximum 360 degree play space of roughly 8 by 8 feet, you’ll have to add a third sensor for $80. Note that with Rift’s $600 price tag and Touch’s $200 one, that’s $80 more than HTC’s charging for a comparable room scale experience.

The Touch controllers help you figure out what sort of room scale parameters are going to work by vibrating gently as you walk off a play “box” that coheres with the sensors’ ability to see you. Once that’s done, you’ll slip on the Rift headset and play a quirky (but clever) demo that’ll acquaint you with the new controls. It’s all very Vive-like.

What does Touch’s “hand presence” get you that playing with HTC’s Vive wands doesn’t? Besides Touch’s superior ergonomics, not a lot, though this depends on what you care about. For instance, the sensors are capable of detecting whether your forefinger or thumb are touching the controls. Lift either off, and your virtual forefinger or thumb raises; lower them to touch the controls, and they’ll follow suit. Thus when your flesh and blood finger is pointing, your virtual one will, too. Only the Touch controls can do this.

This lets you perform motions like extending your forefinger to touch virtual objects. In a game like Phaser Lock Interactive’s Final Approach, for example, where you trace landing paths in the sky for virtual planes to follow with your forefinger (don’t let any crash!), it feels more natural with Touch than doing the same thing with your entire hand clutching a Vive wand. Or if you’re interested in the social side of VR, say you want to raise your thumb to give a virtual “thumbs up” to another player’s avatar, it’s sort of like next-gen emoting. (Don’t worry, no one can flip the bird…yet.)

The only oddity is that when your fingers are off the controller, they’re connecting with nothing but air in the real world, and this creates a haptic disconnect — a sense of ghostliness within the experience that feels neurologically strange, like the inverse of waggling a phantom limb. It doesn’t help that finger on-off tracking lags pretty significantly. Wiggle your thumb or forefinger quickly, and their virtual analogues will flutter out of sync.

But approached as a pair of straightforward, two-fisted motion control inputs on par with the Vive’s wands, Oculus Touch is easily the other shoe Rift owners have been waiting to see drop. I can’t speak to Touch’s fidelity playing with three sensors, since I only had two, but they felt as precise and stable as the Vive’s wands when contrasting games available for either platform.

Why it’s taken Oculus this long to bring Touch to market is anyone’s guess. When I previewed the Rift at GDC back in March, most of the experiences I had were with the Touch controllers. They seemed to be working as well then as they are now, which makes it even more mystifying that Oculus pushed Touch’s release back to December. I suppose the upside, if you already own a Rift, is that you’ve had nine months to squirrel away another $200. 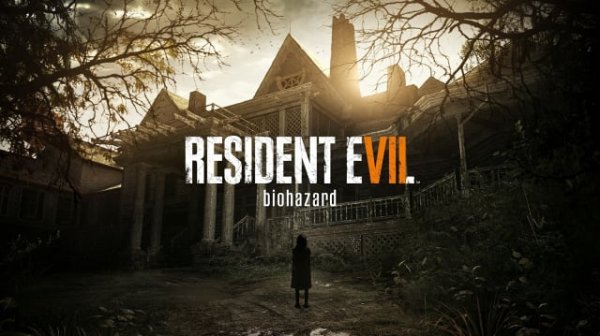 The Final Resident Evil 7 Demo Just Landed on PlayStation 4
Next Up: Editor's Pick