Donald Trump was elected U.S. President partly because he’s a political outsider. His stump pledge to shake up the American political machine and “drain the swamp” struck a chord with disillusioned voters. Foreign relations, however, are squelchy for a reason.

Twice in the last week Trump has had phone conversations that have prompted consternation with nuclear powers. On Wednesday, he called Pakistan Prime Minister Muhammad Nawaz Sharif a “terrific guy” in comments sure to irk India. On Friday, it was China’s turn.

Trump went where no U.S. commander-in-chief had gone since diplomatic relations were restored with China in 1979 — by speaking directly to the President of Taiwan, the island-state of 23 million that is essentially an independent country but which Beijing still claims as a renegade province to be reclaimed by force if necessary.

First reported by Taiwanese media, the conversation between Trump and Taiwan President Tsai Ing-wen was later confirmed by the President-elect in a tweet. “The President of Taiwan CALLED ME today to wish me congratulations on winning the Presidency. Thank you!”

Beijing’s immediate response was brief and muted. “China firmly opposes any official interaction or military contact between [the] U.S. and Taiwan,” said China’s Ministry of Foreign Affairs in a statement reported by Chinese state media. Chinese Foreign Minister Wang Yi said Saturday that the call was “just a small trick by Taiwan,” according to Hong Kong’s Phoenix TV.

But that didn’t stop China approaching the Obama administration for clarification, though White House officials declined to reveal the details of what was said. U.S. National Security Council spokesman Ned Price told reporters “there is no change to our longstanding policy on cross-Strait issues.”

That’s because both the governments of Beijing and Taipei still officially claim dominion over their combined territory, a remnant of China’s civil war and the Nationalists’ flight across the strait in 1949 as Mao Zedong’s Communist Party seized power on the mainland.

Ties had warmed in recent years due to the “One China” policy — essentially that both sides agree they belong to the same nation but disagree on who is the legitimate power. However, Tsai comes from a political party that does not recognize “One China,” and has historically favored formal independence, even if Tsai has pragmatically stopped short of vocalizing this since her presidential campaign.

In Taipei, political analysts were taken by surprise by the phone call. “Nobody saw this coming,” said Professor Francis Hu, head of politics at Taichung university. “This will make cross-strait relations even more unpredictable in the next few months,” he said. “We already have a lot of problems for the time being and this action will complicate the scenario.”

Trump’s motivations for the call are unclear. Outgoing U.S. President Barack Obama advocated a “rebalancing” to Asia in what analysts saw as an attempt to contain China’s rise. Trump, however, campaigned on a drawdown of international military commitments as well as protectionist trade policies such as import levies. Taiwan media have reported that the Trump Organization is involved in developing hotels in the northwestern city of Taoyuan.

According to a statement from Taiwan’s presidential office, “President Tsai and President Trump exchanged views and ideas on the future governance, in particular, promoting domestic economic development and strengthening national defense so as to enable people to enjoy a better life and safety.”

Trump’s call indicates that the President-elect is willing to shake up the status quo while also that he values America’s existing friendships. A Trump spokesman was quoted saying the President-elect was “well aware of what U.S. policy has been” on the Taiwan issue. And Trump seemed to indicate as such with a later tweet, which said: “Interesting how the U.S. sells Taiwan billions of dollars of military equipment but I should not accept a congratulatory call.”

That is true. Yet international relations are full of quirks, and angering the leaders of 2.6 billion people — over a third of the world’s population — in three days renders more dangerous an already tense world.

With reporting by Nicola Smith/Taipei 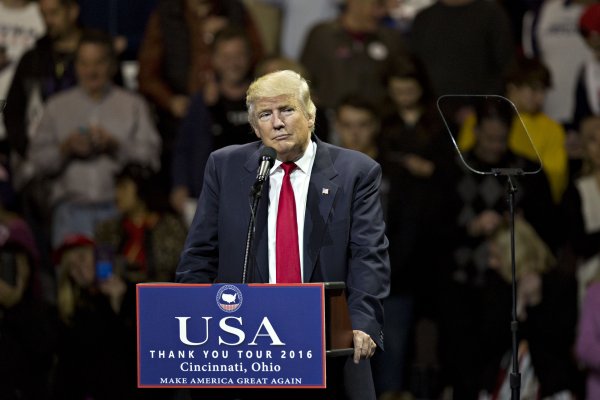