Here’s Everything You Need to Know Before Seeing Rogue One

As the first “Star Wars story” film—standalone movies that are still very much connected to the main saga—Rogue One carries sky high expectations. The movie has the especially tough task of telling a unique story while staying faithful to an established canon. Not to mention that a series of reshoots earlier this year made some uneasy, despite reassurances from Disney. However, initial reactions — which hit Twitter following the Saturday night premiere — have been enthusiastic for the most part, with some even saying that it may be “the best” Star Wars movie yet.

Rogue One hits theaters Dec. 16, but here’s everything we already know to expect.

Set chronologically between Episode III: Revenge of the Sith and Episode IV: A New Hope, Rogue One will take place in 0 BBY (Before the Battle of Yavin) — 19 years after Anakin Skywalker was nearly fatally wounded in a lightsaber duel with his former master Obi-Wan Kenobi and donned the iconic Darth Vader suit for the first time. In this period, the power of Emperor Palpatine and the Empire has only grown, threatening to snuff out all that remains of the Rebel Alliance.

This installment of the space fantasy series revolves around new protagonist Jyn Erso (Felicity Jones), a former criminal who — after being recruited by Rebel leader Mon Mothma — takes command of a crew of soldiers intent on ending the Empire’s reign. Those allied with her cause include Captain Cassian Andor (Diego Luna) and mercenary Saw Gerrera (Forest Whitaker), as well as blind warrior-monk Chirrut Imwe (Donnie Yen) and his protector Baze Malbus (Jiang Wen).

There’s even the chance that another iconic Star Wars character could make a cameo, as director Gareth Edwards recently seemed to hint that Princess Leia may show up at some point.

After intercepting a coded Imperial transmission from Jyn’s father Galen Erso (Mads Mikkelsen) — the scientist responsible for the power of the Death Star — indicating that a major weapons test is imminent, the Rebel Alliance enlists Jyn to steal the plans for the super space station. Per the events of the original trilogy, fans already know that this operation will ultimately be a success, as Leia is in possession of these plans when Episode VI begins.

“It is a period of civil war,” the opening crawl of A New Hope reads. “Rebel spaceships, striking from a hidden base, have won their first victory against the evil Galactic Empire. During the battle, Rebel spies managed to steal secret plans to the Empire’s ultimate weapon, the Death Star, an armored space station with enough power to destroy an entire planet. Pursued by the Empire’s sinister agents, Princess Leia races home aboard her starship, custodian of the stolen plans that can save her people and restore freedom to the galaxy…”

However, what remains to be seen is how this theft will come to pass — and whether any of our heroes will be lost along the way. 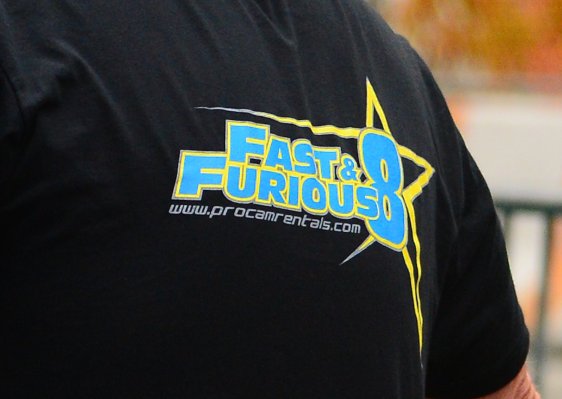 Watch the Trailer for the Eighth Fast & Furious
Next Up: Editor's Pick