Donald Trump's Rust Belt Promises Are About Masculinity, Not the Economy

Carrier Corp., which just got a $7 million tax break from the state of Indiana for not shipping 1,000 jobs to Mexico, is the quintessential love-’em-and-leave-’em corporation, an industrial gigolo that habitually discards worn-out factories, cities and employees whenever it sees a chance to shack up in a new town with a less demanding workforce.

I first learned about Carrier while researching its hometown, Syracuse, N.Y., for my book Nothin’ but Blue Skies, a history of the Rust Belt. Willis Carrier, a Buffalo engineer who invented the air conditioner in 1901 to help printers control humidity, moved his company there, and made it part of the community’s fabric: the Syracuse Orange still play basketball in the Carrier Dome. At its peak, Carrier employed 8,000 workers in Syracuse. Barbara Voss was one. In 1978, she hired in on the window unit assembly line, spraying glue on fiberglass insulation for 400 air conditioners a day.

The year after Voss went to work for Carrier, the company was acquired in a hostile takeover by United Technologies, which moved its headquarters to Hartford, Conn., then began moving factory jobs to right-to-work states in the South. (Carrier played a big role in the rise of the Sun Belt and the decline of the Rust Belt, because its product made factory work tolerable in the South.) In 2004, Voss lost her job when Carrier shipped the last of its Syracuse manufacturing jobs to Singapore. She went to work for a sump pump manufacturer, for a much lower wage, but in her second week, a drill press tore her index finger off at the first knuckle. She ended up working in medical records, earning $10 an hour.

That was the future that 1,400 Carrier workers in Indianapolis thought they were facing in February, after an executive told a booing, heckling crowd that “the best way to stay competitive, and protect our business for the long term, is to move our operations to Monterrey, Mexico.” A cell phone video of the meeting was uploaded to the Internet, and caught the attention of presidential candidate Donald Trump, who was running on an anti-free trade, anti-outsourcing platform. Trump promised to keep the jobs in Indiana, then forgot about his pledge until he saw a Carrier worker bring it up in a TV interview last week.

Last week, Trump was back in Indianapolis, telling many of the same workers in that video that he and his vice president, Indiana Gov. Mike Pence, had struck a deal with Carrier to save their jobs. The Indiana Economic Development Corp. is offering Carrier $5 million in tax credits over the next 10 years to keep 1,069 jobs with an average wage of $30.91 per hour in Indianapolis, as well as $1 million in job training grants, and up to $1 million in tax credits subject to investment in its Indianapolis facility.

It was an enormously symbolic trip for Trump, who owes his victory in the Electoral College to narrow wins in Pennsylvania, Ohio, Michigan and Wisconsin, four Rust Belt states that voted twice for Obama, but responded to the president-elect’s promise to end the exportation of manufacturing jobs to low-wage Third World countries. It didn’t matter that the deal hadn’t gone down the way he’d boasted about on the campaign trail, with Trump slapping a 35 % tariff on goods imported from Mexico. Or that, in fact, Carrier had been rewarded for playing its usual “I’ve found someone better” game. Despite 35 years of deindustrialization, there is still hope, deep in the Midwestern psyche, that someday the jobs will return. Trump was Factory Santa, bringing them back just in time for Christmas. The evening after his Carrier victory rally, Trump told an audience in Ohio, “It’s time to remove the rust from the Rust Belt.”

Over the weekend, Trump went on Twitter to attack the Rexnord Corp. for “rather viciously firing all of its 300 workers” as it plans to move a bearing factory from Indianapolis to Mexico. A few Tweets up his timeline, he didn’t promise Rexnord a tax break, but said he will “substantaily [sic] reduce taxes and regulations” to keep companies in the U.S., and slap a 35 % tariff on the imports of those who leave.

Is Trump the president the Rust Belt has been waiting for? The Carrier deal looks like a one-off, the product of particular circumstances. Carrier announced the layoffs during a presidential primary campaign in which Indiana was a must-win state for Trump. An employee recorded the meeting on a cell phone, lifting Carrier’s outsourcing into the public consciousness. Carrier’s parent company, United Technologies, receives $6.7 billion a year in federal contracts, so it obviously wants to stay on the new president’s good side. And the incoming vice president is the governor of Indiana, putting him in a position to offer tax breaks. As Paul Krugman pointed out, “If Trump did a Carrier-style deal every week for the next four years, he could bring back 4% of the manufacturing jobs lost since 2000.” The Wall Street Journal called Trump’s intrusion into the free market a “shakedown,” writing in an editorial that “America won’t become more prosperous by forcing companies to make noneconomic decisions.”

Here’s what they don’t understand about Trump’s manufacturing policy: it’s as much about masculine identity and ethno-nationalism — two important pillars of his image and appeal — as it is about economics. Factory work is man’s work, providing a breadwinner’s wage. The most important culprit in reducing blue collar jobs is automation, but the Mexicans and the Japanese make much better political targets than spot-welding robots. By preventing Carrier from moving 1,000 jobs to Monterrey, Trump scored a victory over a country he’d once accused of sending rapists and murderers to the United States. An equally effective way to lift up the working class is to raise the wages on service jobs to the levels of the manufacturing jobs they replaced, but there’s no victory rally in that.

Trump won the Carrier workers a decade-long reprieve, which will carry a lot of them to the ends of their careers. Their livelihoods and retirements are saved. But he hasn’t saved American manufacturing yet. Once that deal expires, Carrier is going to start feeling the ten-year itch. And Trump won’t be president then.

Edward McClelland is the author of Nothin’ but Blue Skies: The Heyday, Hard Times and Hopes of America’s Industrial Heartland. 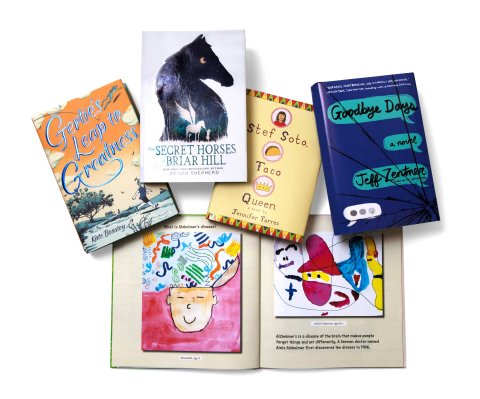 It’s a Mean, Sometimes Sad World — But Reading Can Help
Next Up: Editor's Pick