With just over two days of voting remaining, Indian Prime Minister Narendra Modi maintains his lead in TIME’s Person of the Year Reader’s Poll, earning 18% of all “yes” votes as of Friday.

Those who come closest to Modi’s lead are U.S. President Barack Obama, President-elect Donald Trump and Wikileaks co-founder Julian Assange—each of whom have earned 7% of all “yes” votes.

Since 1927, TIME has selected the most influential person of the year, identifying the person or group of people who have had the largest impact—positive or negative—on the world during that year. Though the editors make the ultimate decision as to who has earned the title each year, the reader poll provides insight into how the world perceives influence. For this year’s poll, TIME editors—in partnership with Opentopic and IBM’s Watson—were also able to access information about how candidates made their mark on the Internet, which was available while deciding who would be included on the poll.

Current poll results, as analyzed by poll host Apester, show that voter preferences differ not only across the world, but also between U.S. states.

Modi performed particularly well among voters in California and New Jersey, earning 17% and 12% of all “yes” votes in those states, respectively. In Washington, D.C., the President, First Lady Michelle Obama and Hillary Clinton were the most popular choices, with 8% of “yes” votes each. In Rhode Island, Assange earned a noteworthy 20% of votes.

As for the President-elect, Donald Trump’s margin as the top recipient of “yes” votes is highest in North Dakota, Mississippi, Alabama, Wisconsin and Louisiana—all states won by Trump in the presidential election. By comparison, his percentage of those votes was lowest in Minnesota, Rhode Island, Massachusetts, Vermont and Washington D.C.—all of which went to Clinton.

TIME’s Person of the Year will be revealed on Wednesday. 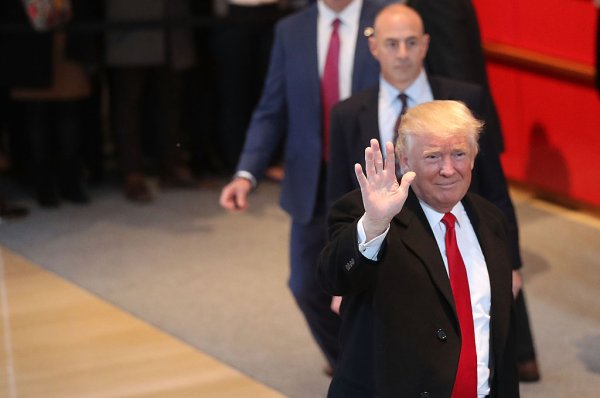 How the World Is Voting in TIME’s Person of the Year Reader’s Poll
Next Up: Editor's Pick