After last year’s debacle in which games publisher Konami managed to prevent Metal Gear Solid luminary Hideo Kojima from attending The Game Awards (for reasons still not entirely clear), it was cathartic to see him feted in person by host Geoff Keighley at last night’s extravaganza.

After a few gracious words of thanks, Kojima said “I brought an early gift” and “Please enjoy.” And then [insert expletive here] got weird.

The “gift” was a second look at Death Stranding, Kojima’s in development open-world action mystery starring The Walking Dead‘s Norman Reedus — and, as we learned last night, Hannibal‘s Mads Mikkelsen, whose gloriously sinister-looking computerized incarnation seemed at points indiscernible from the living actor.

I won’t speculate about what’s going on or why in the game yet, and only note that “stranding” refers to the phenomenon in which whales “strand” themselves on land (the thinking here being that something otherworldly has invaded our own). Also, that Kojima has apparently abandoned none of his illustrious penchant for symbolic obscurity. 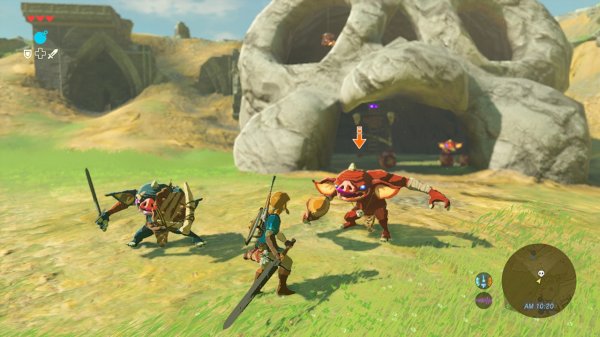 New The Legend of Zelda: Breath of the Wild Trailer Teases the Broader World
Next Up: Editor's Pick