Chris Pratt is starring alongside Jennifer Lawrence in the upcoming movie Passengers, but based on his Instagram feed, you wouldn’t know it. The 37-year-old actor has taken it upon himself to share a steady stream of behind-the-scenes photos and videos from the intergalactic film’s press tour. However, fans are lucky to catch even a glimpse of Lawrence in them.

It all began Monday when Pratt posted a close-up selfie with only half of Lawrence’s face visible at the edge of the picture. “Finally got that selfie with Jen y’all wanted,” he wrote.

He then continued the trend with a series of similarly hilarious shots that just never seemed to properly capture his co-star.

The latest prank pic came Thursday, as Pratt shared a photo from backstage at The Graham Norton Show. “Me, #JenniferLawrence and @jamieoliver backstage at @thegrahamnortonshow promoting a film called #Passengers coming soon to a theatre near you,” he captioned the post. “Can’t believe I got to meet the naked chef!!! He was wearing clothes, but still!!!” 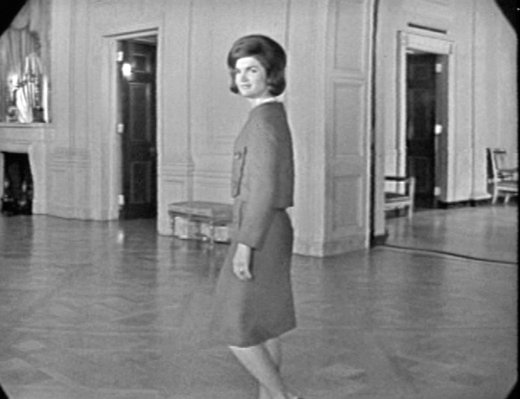 The White House Tour Seen in 'Jackie,' as Described in 1962
Next Up: Editor's Pick