British Foreign Secretary Boris Johnson said that Donald Trump “has a point” in his indignation about uneven levels of spending on the North Atlantic Treaty Organization (NATO).

“President Elect Donald Trump has a point,” Johnson said in his first major policy speech since taking the position on Friday. “It cannot be justified that one Nato ally – America – accounts for about 70 per cent of the alliance’s defense spending while the other 27 countries manage only 30 per cent between them.”

Johnson urged every NATO member to meet agreed upon targets of 2% GDP on defense, and 20% of defense budgets on new equipment. Only five countries, including the U.K., currently meet those guidelines.

Throughout the course of his campaign, Trump repeatedly argued that NATO wasn’t a beneficial deal for Americans, who he felt were giving more than they got in the arrangement. He has threatened to pull out of the agreement and called the military alliance, which has held the West together since after World War II, “obsolete.”

But in November, Secretary General of NATO Jens Stoltenberg said he was “absolutely confident” that the new president-elect will “maintain American leadership in the alliance and will maintain a strong commitment to European security.” 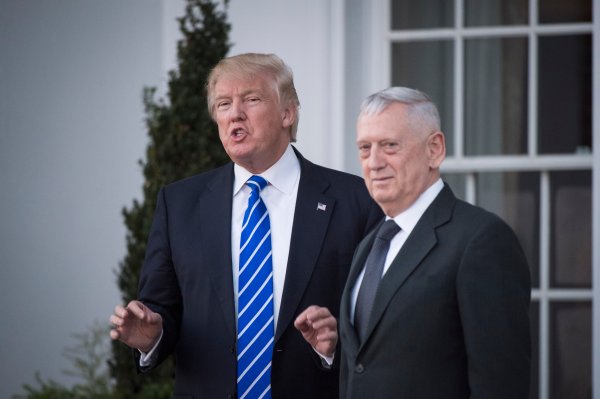