Guy Ryder, general secretary of the World Labour Organisation, attends a press conference on April 5, 2016 in Berlin, Germany. Ryder spoke about the changing structure of work at the Fortune TIME Global Forum on Dec. 2.
Adam Berry—Getty Images
By Siobhan O'Connor

How do you ensure that labor is fair—and accessible to even more people globally—amid a technological revolution that stands to automate and replace an enormous number of jobs?

That question was a subject of debate as the Fortune TIME Global Forum 2016 kicked off Friday morning in Rome. First, Ghanaian Catholic leader Cardinal Peter Turkson, president of the Pontifical Council for Justice and Peace at the Vatican, defined “dignified work” as not merely one that pays a fair wage; it’s also about workers having an outlet for their talent and creativity and, critically, feeling connected to society and the world at large.

But those values face new and significant challenges today, thanks in large part to the global “uberification” of the workforce, said Guy Ryder, Director General of the UN’s International Labor Organization (ILO), the UN worker rights body, in a conversation with Nancy Gibbs, TIME editor-in-chief and editorial director of the Time Inc. news group. “Work is one of the absolutely fundamental socializing processes at work in our countries,” he added. But as the structure of work changes, does the role of work change, too?

Today, Ryder said, just 25% of the global work force has so-called traditional employment: jobs that are permanent, full-time and exist within the typical employer-employee dyad. The rest is informally employed or, increasingly, part of the so-called gig or platform economy. “The Uber phenomenon is taking over,” said Ryder. “We see the increasing atomization in the way in which work is organized. That puts us on the cusp of yet another technological revolution.”

That raises two major challenges, quantitative and qualitative. On the first, there is a widely cited fear that the current tech revolution will eliminate hundreds of millions of jobs globally, but Ryder says that need not be the case.“We need to decide how we want this to play out.”

The second challenge—the qualitative one—is perhaps more pressing. The tech advances wrought by companies like Uber have in their nature the power to change the nature of how work is performed in the first place. The benefits of these changes—as well of the challenges they propose—depend on your perspective.

“Some say the platform economy is an expression of freedom,” he said, citing the oft repeated claim that the gig economy puts workers in charge of their own professional fate. “I would rather ask if this [kind of employment] is restrictive, if it is something that is being imposed on people, as opposed to an act people choose themselves.”

Which way the gig economy takes us, says Ryder, is up to business leaders and workers alike. “It isn’t written in the stars.” 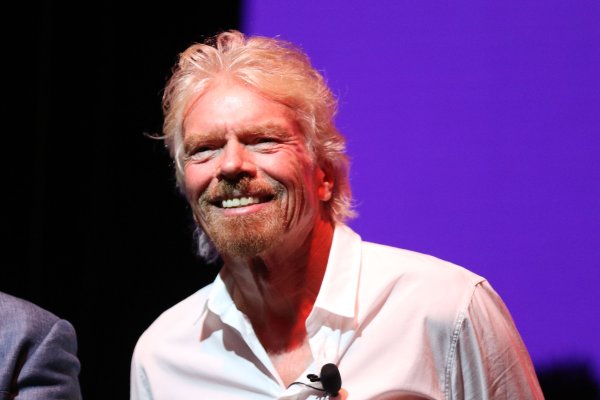 Why Richard Branson and Other Billionaires Are Attacking the Way We Do Business
Next Up: Editor's Pick