A Frightening Number of Europeans Think Rape Is Justifiable

According to a new gender-based violence survey requested by the European Commission, more than a quarter of European Union residents believe rape is justified depending on the situation. The survey, which was released at the end of November and conducted back in June, included 27,818 participants from the 28 members of the EU.

Let’s get right to it: 27% of those surveyed said “sexual intercourse without consent” – which is rape, according to the Justice Department – could be justified by at least one of the proposed circumstances in the survey. The most popular of these were wearing “sexy clothing (10%); not clearly saying no or physically fighting back (10%); voluntarily going home with someone (11%); and “being drunk or on drugs” (12%).

The report is horrifying, and worth reading in full if you have the time. Among other takeaways: About 15% percent of those surveyed said domestic violence is “a private matter that should be handled within the family.” About 11% said rape should be legal within a relationship. About 17% said women “provoke” violence against them. And 22% agree that women make up or exaggerate claims of rape or abuse.

Eastern Europeans had the most violent and misogynistic views across the board, while countries like Sweden and Spain tended to take more progressive stances. The report concluded by saying that the new data provided “reasons for cautious optimism,” though the examples they used to support that left a little to be desired:

“Across the EU there is widespread agreement that domestic violence, sexual harassment and other acts of gender-based violence are unacceptable or wrong. The view that domestic violence is a private matter is not widely held, and the majority of those who know of victims speak to someone about it rather than keep it to themselves. However, these conversations usually happen with friends, family or the people involved, rather than police or health or support services. 88% of those who know of a victim of domestic violence in their surroundings did not go to the police, and only 7% spoke to a support service in spite of widespread awareness about the support services available.” 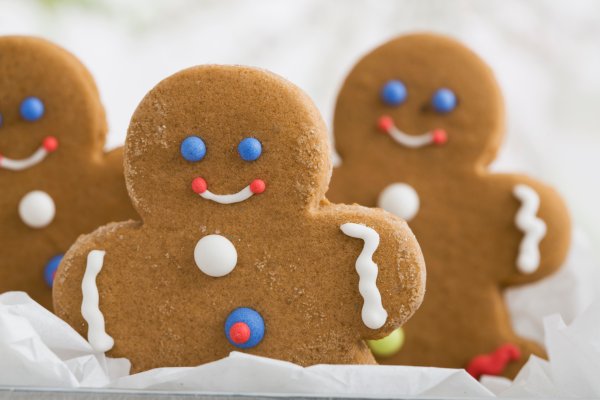 The Annoying Truth About Holiday Weight Gain
Next Up: Editor's Pick