Ed Ou stands atop a Kyrgyz military tank while covering a flareup of violence after ethnic Kyrgyz mobs rampaged through minority Uzbek enclaves, burning homes and businesses in Osh, Kyrgyzstan.
Marina Gorobevskaya
Ideas
By Ed Ou
Ed Ou, a photojournalist and documentary filmmaker, is currently working as a producer with the Canadian Broadcasting Corporation covering indigenous communities in North America and is a TED Senior Fellow

It was an assignment that I barely prepared for. I didn’t think I had to.

For most reporting trips I have made in the last decade, I would think long and hard about where I was going and what the variables were. If I was heading to a conflict zone, I would need body armor and a trauma kit. If it was a natural disaster, I would bring a satellite phone and spare food. If I was heading to an authoritarian country where journalism was not allowed, I would need a mix of burner phones, encrypted hard drives and a disposable laptop. I felt I was prepared for every eventuality. But I never thought that I would have to think about these things so close to home.

For my recent assignment heading from Canada to the U.S. to cover the anti-oil pipeline protests in Standing Rock for the Canadian Broadcasting Corporation, I didn’t prepare for anything extraordinary. But at the border, after handing over my Canadian passport I was taken aside. I wasn’t worried. Why should I be? I had nothing to hide, and I felt like it was the one border in my travels where I could proudly proclaim that I was a journalist to safe ears.

I was escorted into a room and given a pen and paper. The Customs and Border Protection officer had a list of every country I had traveled to in the last five years and asked me to write down in detail what I was doing in each place. (As a journalist who travels for a living, it took a long time.) It included places like Iraq, Somalia and Russia — but it would be clear to anyone who just Googled me that I was there to report, since every trip could be corroborated with a news story, video or photo essay.

I didn’t even begin to worry until later, when I was told to hand over my phones. The officer said: “Now we just need to look into your cell phone to be sure there’s no photos of you posing next to some dead body somewhere.”

Only then did I realize he was treating me as a suspected terrorist. Immediately, my mind flashed to the image of my friend and colleague James Foley, headless and wearing an orange jumpsuit. It would be ironic if this officer was using James’ death to explain why I should hand over my phone—potentially betraying my sources and putting their lives in danger. It was James’ execution that brought ISIS’s terrible practices to light in the American consciousness—because he was a journalist.

I thought maybe there was a misunderstanding, so I offered to show my press credentials and put them in touch with my editors to confirm that I was a bona fide journalist. They said it wasn’t necessary.

I told the officer that as a journalist, I have a responsibility to not share information that could compromise my sources. This is the same ethical obligation that doctors have to their patients and lawyers have to their clients. The officer demanded my passwords and threatened that if I didn’t provide them, I could be refused entry into the country.

When you are faced with impossible decisions, your world comes to the strangest points. At that moment, I remembered once frantically swallowing a SIM card to protect all my sources, right before I was arrested in an authoritarian country. Many of the contacts on my phone would have been imprisoned for being associated with a journalist.

That was years ago, before smartphones. I thought about everything on my iPhone today. Every photo I’ve taken. Every email I’ve sent. Everything I’ve Googled.

I thought to myself. This can’t be happening. Not here. Not in the West. Not so close to home.

Ed Ou uses a camera to shield himself during clashes between anti-government protesters and pro-Mubarak supporters near Tahrir Square in Cairo during the Egyptian Revolution in January 2011.
Guy Martin

The American government says it can use the fact that you are at a border to take everything about your life, comb through it and store it forever. Police officers need a search warrant. Border officers have more latitude. That latitude has limits, but the officers seemed oblivious to those limits. One of them bragged, “Everything you bring through here is mine to go through and take.”

It felt like deja vu. I’ve heard that line before. It was in Crimea after Russian special forces invaded a Ukrainian military base where I was filming. They rounded up all the journalists and seized our memory cards—“for security.” We protested. They told us the same thing. “You’re in our country now, we can do whatever we want.”

With that in mind, I asked the CBP officer if he thought it would be good for an American journalist to go to Russia or China and have all of their electronic data taken by an adversarial foreign government. I was told: “Stick to being a journalist — and don’t tell us how to do our jobs.”

I thought: “This is me being a journalist and doing my job.”

I ultimately refused to turn over my passwords. They confiscated my phones anyway, read pages of my journals and photocopied my notes. I felt like I had betrayed my own consciousness. They asked which “extremists” I have been in contact with and how many people I have seen die. Later, I could see that the phones had been tampered with.

After six hours, I was told I was being denied entry. When I asked why, I was told the reasons were “classified.” I wondered if the real reasons had anything to do with the fact that I was going to cover Standing Rock. That would mean that the U.S. is actively censoring its own narrative and suppressing access to information. Regardless, conditioning foreign journalists’ admission to the United States on their willingness to risk arbitrary and invasive searches discourages them from coming, depriving citizens worldwide of our important work.

And when the U.S. fails to uphold its own standards of respect for journalists’ privacy, it loses the moral high ground and emboldens authoritarian regimes to compromise the media in their own countries.

The American Civil Liberties Union has taken up my case, protesting my unjustified and unlawful treatment.

On my way out of the interrogation room, the supervisor had one more thing to add. “You’re probably going to write about this. Well, we’re not scared of you. You can say what you want. It won’t change anything.”

Editor’s Note: The following is a comment from the U.S. Customs and Border Protection: 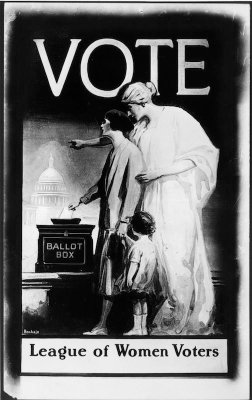 An All-Female Coup in a Tiny Oregon Town, 100 Years Later
Next Up: Editor's Pick