Artificial flowers are placed around a wood cross at a makeshift memorial site Nov. 15, 2016, near the Inland Regional Center, in San Bernardino, Calif., to honor the victims who were killed in the Dec. 2, 2015, terror attack at the center.
Jae C. Hong—AP
By Josh Sanburn

On Dec. 2, 2015, Syed Rizwan Farook and Tashfeen Malik opened fired at an office holiday party in San Bernardino, Calif., killing 14 people and injuring 22. It was one of the deadliest terrorist attacks since Sept. 11. Farook worked for the company holding the party, had attended the event, and even posed for pictures just minutes before the attack. The couple was killed by police following a high-speed chase later that day.

Since then, investigators have conducted hundreds of interviews and gathered hundreds of pieces of evidence in an effort to piece together how and why the attacks occurred, even facing off against Apple in an attempt to unlock Farook’s iPhone. But a year later, a number of questions about the attack remain, including the couple’s whereabouts soon after the incident, what else the couple might have been hiding, and even the possibility of a third shooter. Here are a few of those unanswered questions.

Did anyone know about the couple’s plot?

The most important question still unsolved for investigators might be whether anybody had knowledge of Farook and Malik’s plans before they carried them out. According to the Los Angeles Times, the FBI says there is still an “ongoing investigation” into whether the couple got financial or material support from someone else.

Read more: What to Know About the San Bernardino Shooting

Speculation has centered on a man named Enrique Marquez, Jr., who is awaiting trial on charges of supplying the couple rifles that were used in the attack. Prosecutors say Marquez plotted with Farook several years ago to attack a local college. Marquez has pleaded not guilty to those charges and has not been charged in the San Bernardino attacks.

What was the couple doing between the attack and a pursuit by police?

There’s still an 18-minute window roughly two hours after the attacks in which investigators have little information about the couple’s whereabouts. Earlier this year, the FBI asked for the public’s help in filling in that picture. But the couple’s movements remain unknown.

Why did the couple target Farook’s co-workers?

In September, the Department of Justice released a report stating that the couple was inspired by Islamic terrorists but did not have direct ties to overseas terror groups. Why they targeted Farook’s co-workers has remained unclear. ABC News, however, reported Thursday that officials now believe that the holiday party Farook was required to attend may have been the catalyst. The San Bernardino police chief told ABC News that emails from Malik to Farook showed that she was upset that as a Muslim he had to attend a Christmas-themed party.

Read more: Why the San Bernardino Shooting is Unprecedented

What else was on the couple’s digital devices?

Before the attack, the couple appears to have destroyed their electronic devices and other hard drives that may have contained information about their plans. After the attacks, the FBI engaged in a high-profile legal face-off with Apple in an attempt to get the tech company to unlock Farook’s iPhone. The federal government was eventually able to get an outside firm to unlock the phone, although officials say it didn’t reveal much information. The contents of the other devices are unknown.

Was anyone else involved?

Initial reports from eyewitnesses said there were three shooters inside the Inland Regional Center where the attack took place. While evidence recovered from the scene points only to Farook and Malik’s involvement, the FBI still has not ruled out a third shooter. 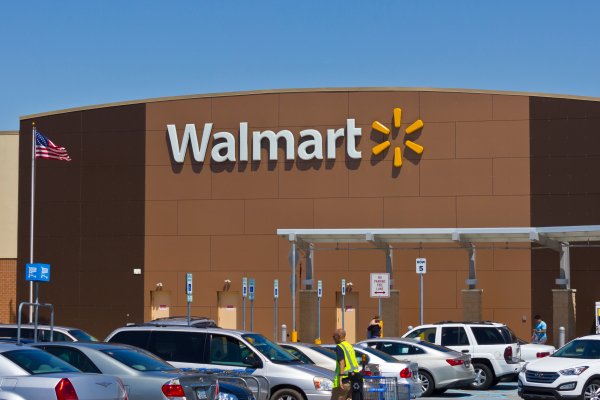 3 Dead, 2 Injured After Truck Crashes Into Pella, Iowa Walmart
Next Up: Editor's Pick