Why You Can’t Always Trust the Wisdom of the Crowd

In 1906, Sir Francis Galton discovered something remarkable. When he looked at 800 people’s guesses of an ox’s weight, the individual numbers were all over the place, yet the average managed to be off by less than one-tenth of a percent.

This wasn’t a fluke. It’s an example of the “wisdom of crowds,” a phenomenon with implications and misunderstandings in our networked life more than a century later. Think how your holiday shopping is influenced by product ratings on Amazon: the more reviews entered for an item, the more we tend to trust that the average number of stars reflects its true quality. Crowds can be wise even when we do not know who in the crowd, if anyone, is particularly wise.

But this isn’t always the case. To avoid the “fallacy of crowds,” everyone’s opinion must be unbiased and independent of everyone else’s, yet in many cases, people are influenced by what they observe from others. The virilization of a YouTube video and the rapid spread of a tweet, for example, are at least partially driven by the dependence of opinions: the more people who watch a video clip or the more influential people in a network who tweet or retweet, the more likely others are to follow suit.

There is also a different kind of positive network effect, just as important as the wisdom of crowds: having a network where crowds can communicate with each other. After all, who would use Facebook, or fax machine (if you still have one), without a whole network of users to create and share content? These services have a positive network effect, because as more people use them, they become more valuable to each individual in the crowd.

But there’s a caveat to crowds in a network as well. The capacity to serve user demand is limited. When email downloads crawl over the WiFi at an airport or Netflix streaming grinds to a halt over 4G LTE, other users sharing the network are sometimes to blame. With the billions of people connected to the Internet today and all the mobile and web applications running over this network of networks, it’s quite remarkable that it functions at all. Yet in many cases, we enjoy a quality signal reception and reasonable connection speeds.

How is this possible? User actions are coordinated to use the network’s resources efficiently. Another type of wisdom of crowds manifests itself here, in that there are “invisible hands” in a network to coordinate the actions that each device takes individually, turning them into a globally efficient behavior. These hands come in many shapes and forms: they control the power levels of smartphones so that we do not run into an arms race of overpowering each other’s signals, the timing of tablets contending for the wireless spectrum so that their signals do not collide with others, and the transmission rates of a YouTube server streaming to your smart TV so that the Internet pipes don’t become clogged. At the heart of these smart network protocols is the idea of “negative feedback:” some “pricing signals” reflecting the current network conditions that coordinate demands. When they’re absent, we experience congestion and low throughput for everyone, like a pasture becoming depleted from cattle overgrazing.

So, when you’re shopping on Amazon using your mobile phone this holiday season, and it “simply works” as a social network and as a technological network, you can thank negative feedback. And perhaps you should ask yourself: Would you prefer to buy a gift toy with 4.5 stars and 20 reviews or another one with only 4 stars but 200 reviews? 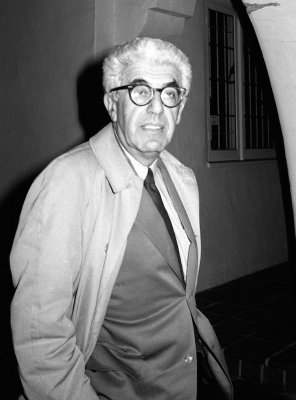 The Shocking Campaign Ad That Put a Third-Party Candidate on the Political Map
Next Up: Editor's Pick