Sometimes it takes years to know whether a piece of the day’s breaking news will end up changing history. Other times, it’s crystal clear.

Such was the case on Dec. 8, 1941—the day after the attack on Pearl Harbor—as President Franklin Roosevelt addressed the nation and asked Congress to declare war. The nation was in shock, explains Kenneth Rendell, the founder and director of the Museum of World War II in Natick, Mass., and that included the reporters and editors whose job it was to keep the public posted.

At the time, “when a newsflash actually was a newsflash,” as Rendell puts it, one of the tools they used to do that was the teletype machine, which could print out messages that had been typed at another location. And, in a newsroom somewhere, somebody received a teletype transcript of President Roosevelt’s speech. That person decided to save the artifact, which is now in the collection of Rendell’s museum.

This particular message, under the headline “Roosevelt Asks Congress to Declare State of War Exists Between United States and Japan,” is part of a bound set of about 100 sheets, each over 30 inches long.

But the importance of this artifact isn’t just about saving a piece of history, Rendell says. It’s also a reminder that things can look very different as they’re happening than they do in hindsight. Though it was no major surprise that the U.S. would eventually join World War II, many thought the first move would come in Europe. (“I’m not sure all that many Americans even knew where Hawaii was,” Rendell notes.) The surprise attack in the Pacific shocked the public. The fact that someone in that newsroom thought to keep the teletype is evidence that the person was affected by the news.

“There’s always the problem that when you look at things in hindsight, you know how they turned out. On Dec. 7 and Dec. 8, nobody knew how they were going to turn out,” Rendell notes. “You’ll never know the anxiety of the people of the past, because you’re not facing it.” 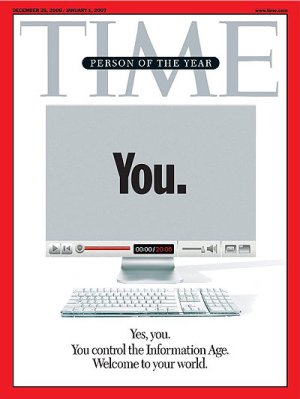 It's Been 10 Years Since You Were Named TIME's Person of the Year
Next Up: Editor's Pick