A memorial to honor victims of the AIDS epidemic was dedicated Thursday in New York City, just in time for World AIDS Day.

The 18-foot-high steel sculpture sits at the entrance to a new park adjacent to a historic hospital, which housed the city’s largest AIDS ward and features prominently in the history of the disease. In the early years of the epidemic, many hospitals refused to care for people with HIV/AIDS because of uncertainty about how it was transmitted. St. Vincent’s Hospital, in the city’s Greenwich Village neighborhood, was one of the few that did admit AIDS patients, and it became an epicenter of the epidemic.

The New York City AIDs Memorial is more than five years in the making. The idea began in 2010,NBC reports, when Christopher Tepper and Paul Kelterborn, both urban planners, decided to advocate for the creation of a space to mark the disease’s history. The dedication ceremony was hosted by the memorial’s foundation, the End AIDS NY 2020 Coalition, the New York City Department of Health and Mental Hygiene and the New York State Health Department. 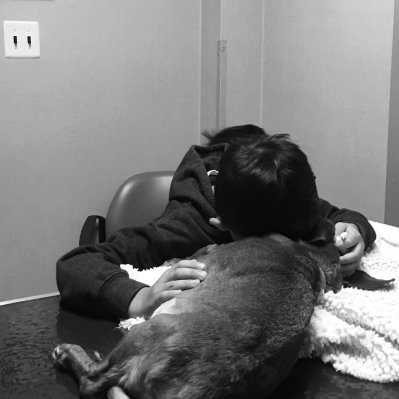 The Story Behind This Heartbreaking Photo of a Boy Saying Goodbye to His Dog
Next Up: Editor's Pick