You personify death in this movie. Did that force you to think about your own mortality?

Absolutely. To look at the reality of what we all have to go through, which we avoid like the plague. I think the people who are healthiest are the ones who come to terms with it. One thinks of the incredible poetry of the way David Bowie approached death. It’s a lesson to us all.

How are you feeling about the political climate after the U.S. election?

I have great faith in this country. You think of the incredible difference between New Orleans and Maine, Chicago and Cheyenne. For years I thought, What do people mean when they say, “I’m an American”? How could they incorporate in one word all these diverse situations? When 9/11 happened, I realized what people meant–something holds this country together. I believe in that.

A 1975 interview in which you deftly countered sexist questions made the rounds online recently. How much have things changed since then?

At that time, as you can see from my responses, that thinking amongst young women was there, but it’s taken a long time for the general culture to catch up. I still think it has a long way to go, when one looks at this recent election. But we now have a generation of young women who have been born into a world where these things are accepted in the way that when you open a tap, water comes out. They’re not going back.

Do you approach your career differently now?

The first 10 years, I was intensely serious and idealistic. The theater was a church–a critically important part of life and culture. I still believe what we do in drama fulfills an important role in how we conduct our lives. I’m just not so up my own bum about it anymore. 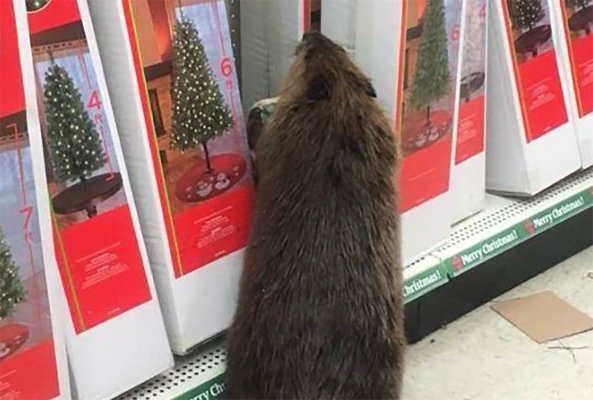 This Beaver Got in The Holiday Spirit By Shopping for Christmas Decorations
Next Up: Editor's Pick