Haters Shall Be Lovers In La La Land

Los Angeles is a city of traffic. So it only makes sense that La La Land, in theaters Dec. 9, opens in the thick of it–a long, glittering caterpillar of cars stopped on an elevated freeway that stretches out to the horizon under an enamel-blue California sky. It’s just another day of sun in L.A., not a particularly romantic setting for a musical about dreamers. But then a car door opens and a woman steps out–and bursts into song. As dozens join her, the scene becomes an unapologetic celebration of the all-American thirst for greatness and hope.

It’s a bold cold open for an original movie musical, asking us to buy into a world in which spontaneous song is normal and ambition is sincere. It requires a certain naiveté to think that a film with all the lush vivacity of a golden age movie can resonate with cynical modern audiences. It also takes a lot of hitting just the right notes at the right times for the formula to work. But buzzy Oscar front runner La La Land pulls the whole thing off.

Long before the film, featuring knockout performances from Ryan Gosling and Emma Stone, was a festival hit, it was just a fantasy that director Damien Chazelle, 31, and composer Justin Hurwitz, also 31, had when they were in a band at Harvard a decade ago. Inseparable since day one, the undergrad roommates bailed on rock in favor of filmmaking and orchestration. “The idea that we hatched that far back was: Is there a way to do a big, full-fledged MGM-style musical in a completely modern setting?” Chazelle asks. “And somehow make it feel very grounded and real–like a realistic musical? Or is that an oxymoron?”

Some 50 years after the golden age of movie musicals, that was an ambitious goal, but La La Land gets it right. It tells the story of scrappy young people striving to make it big in the city of celluloid dreams. Not coincidentally, it’s the product of talented artists with the very same drive.

The road to making La La Land was even longer than a rush-hour commute on the Hollywood freeway. After graduating in 2007 and heading to Hollywood, Chazelle and Hurwitz honed their script and score for more than five years. “Damien is very specific, and he says no a lot when I’m sending him melodies,” Hurwitz says of the arduous process. “It can be 15, 20, 25, 30 melodies before I get the right one. Whenever I finally get to the one that excites him and excites me, it’s clearly a step above all the other ones, even the ones that were pretty good.”

While La La Land was on the back burner, Chazelle wrote and directed the 2014 film Whiplash, about a young jazz student (Miles Teller) who falls under the tutelage of a brutal instructor (J.K. Simmons). Made on a tight budget of $3.3 million, the film was a hit at Sundance and went on to gross $49 million and win three Academy Awards, including Best Supporting Actor for Simmons.

With Chazelle newly minted as a rising star, Lionsgate was eager to bankroll his long-gestating passion project. But there was a gap: the songs may have had perfect melodies, but the lyrics were blank spaces. They had to find a lyricist who “spoke the same language,” Chazelle says. Enter Benj Pasek and Justin Paul, yet another duo of 31-year-olds with a promising track record, with Tony and Emmy nominations.

After their first meeting, they realized that all four of them were staying at the same apartment complex. Pasek recalls, “They pulled up to the valet behind us and were like, ‘What are you guys doing here?’ And we were like, ‘We’re staying here.’ We thought maybe it was a sign.”

Chazelle puts it more bluntly: “They were like godsends.” After that, things started falling into place.”City of Stars,” one of the film’s haunting central themes, came to life, and an alchemical gift from the casting gods–Gosling and Stone–signed on to play the leads, moody jazz pianist Sebastian and aspiring actor Mia. “As we’d write something,” Paul says, “We’d say, ‘Wait a second, can we really ask Ryan Gosling to sing that lyric?’ Or is he gonna be like, ‘Guys, no. That’s not cool’?”

The challenge was to re-create that effervescent old-school musical magic–which infuses the dreamlike love songs, colorful costuming and elaborate studio sets with a nostalgic glow–but offset it with a narrative that felt lived-in, contemporary and true. Sebastian is an unglamorous piano man, while Mia is looking for her big break, auditioning for disaffected casting directors. Their stalled dreams, which could easily play like parody, instead become poignant, bittersweet and relatable.

“It was intentional at the outset to try to balance both archetypal, classic story tropes–Singing in the Rain, A Star Is Born–with modern-day existence in L.A.,” Chazelle says. This gives the film an unusual texture, marrying the scruffiness of indie cinema with glamorous set pieces. In some musicals, the songs feel like the most staged parts, but Gosling’s struggling musician provides a soundtrack that dovetails with his and Mia’s daily life. It’s how they flirt, cry and party. Gosling and Stone, meanwhile, don’t have perfect voices, and that was exactly the kind of naturalism Chazelle was looking for.

“I’m not a great singer, and I’m not a great dancer,” Stone says. “But Damien was very adamant that–even though he wanted people that had a bit of musical ability, that were able to dance and sing–it didn’t need to be technically perfect.” Add to that an insistence on live takes–two of the movie’s most emotional numbers, Stone’s raw “Audition” and the haunting “City of Stars” duet were recorded live–and the flaws become part of the magic.

Hurwitz’s trademark is stringing an undercurrent of minor keys throughout, so the songs have a wistfulness that winks at the messiness of real life while maintaining sweetness and sincerity. Earnestness is a rare quality in Hollywood, but the filmmakers embraced it. “Why does everything have to be cynical?” Pasek says. “Our generation is so prone to want to be cynical about things that are optimistic. Joy isn’t a bad word. Hope isn’t a four-letter word.” That’s a valuable sentiment in a year as emotionally volatile as this one. “It’s a two-hour escape, but it reminds you of the hope and importance of creativity–of still dreaming even when it feels like hope is gone,” Stone says.

As for that showstopping opening number, Chazelle and his crew actually shot it on the on-ramp of an L.A. freeway. If that sounds like an outsize gesture worthy of James Cameron, it fits the tone of the film, which was always intended to celebrate big dreamers: “People who are utterly passionate, maybe even irrationally passionate,” Chazelle says, “the real world is telling them, ‘Stop–you’re wasting your life.’ But they can’t. I’m not saying every wannabe director or actor or musician is possessed with that. But those that are, there’s something there. Maybe it doesn’t make them heroic–but it makes them worthy of some degree of celebration.” 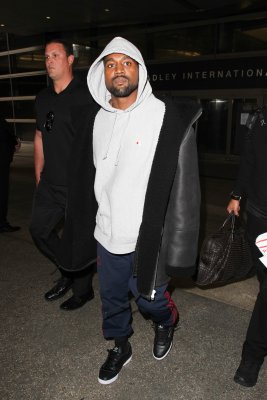 Kanye West Has Been Released From Hospital
Next Up: Editor's Pick