A judge declared a mistrial Monday in the murder case of Michael Slager, the South Carolina officer who killed Walter Scott, an unarmed black man who was shot in the back multiple times following a routine traffic stop. The 2015 incident, caught on video and widely viewed around the country, focused the nation’s attention on police treatment of African-Americans and reignited protests of law enforcement following a series of black men killed by officers.

The jury, composed of 11 white jurors and one black juror, was unable to come to an unanimous decision. On Monday, the judge read a note indicating that a majority of jurors were still undecided. That was in contrast to a note from one jury member on Friday saying, “I cannot in good conscience consider a guilty verdict.”

The trial stemmed from a deadly confrontation on April 4, 2015, when Slager, a North Charleston, S.C., police officer, stopped Scott for a broken taillight. Scott ran from Slager, who shot at Scott eight times as he tried to flee. The incident itself may have gone overlooked if not for video captured by Feidin Santana, an eyewitness who recorded Slager firing at Scott. Slager was later fired from the North Charleston Police Department.

At trial, Slager’s defense attorneys argued that an earlier confrontation not caught on video justified the officer’s use of deadly force. On Tuesday, Slager testified in his own defense, describing feeling “total fear” as he tried to apprehend Scott and saying Scott stole his Taser and tried to shoot him with it.

The video does not show a physical confrontation between the two men but captures Slager picking up the Taser after the shooting and placing it on the ground next to Scott’s body, which prosecutors said showed that Slager was attempting to plant evidence.

Few officers go to trial for on-duty shooting deaths, and even fewer are convicted. From 2005 and to 2014, 69 officers have been charged for on-duty shootings while only 26 were found guilty, according to numbers compiled by the The Wall Street Journal. In April, an Oklahoma volunteer sheriff’s deputy was convicted of second-degree manslaughter in the shooting death of 44-year-old Eric Harris. But in other high-profile deaths of black men at the hands of police, including Michael Brown in Ferguson, Mo., and Freddie Gray in Baltimore, juries have not handed down convictions. 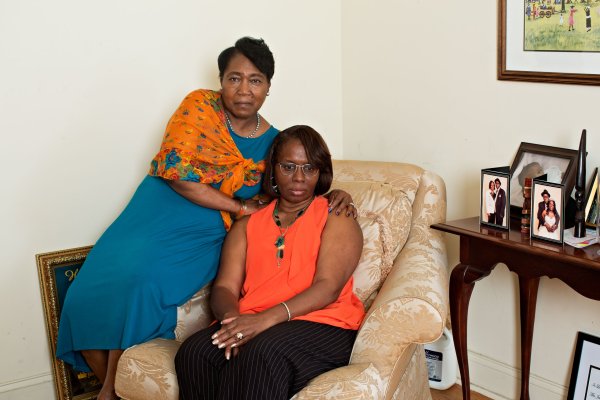