Secretary of State John Kerry Tuesday canceled a visit with Palestinian Authority President Mahmoud Abbas planned for Wednesday, a sign the Administration’s effort to salvage peace talks in the region may be faltering.

Before the meeting cancelation was announced, Abbas signed papers to formerly induct the Palestinian Authority into 15 international U.N. agencies, a move that has been strongly opposed by both the U.S. and Israel. The timing of Kerry’s cancelation suggests he may have called off the meeting in response, but the Secretary of State declined to confirm that connection, calling drawing such a conclusion “completely premature.”

“We continue now as I’m speaking to engage with both parties,” he said, according to al-Jazeera. “Will continue tonight.”

Earlier in the week, Kerry interrupted a planned Europe visit in order to travel to Israel to rescue peace talks that threaten to collapse. The parties are divided on a number of hot-button issues, including the release of Arab-Israeli prisoners in Israeli jails. Israel’s postponement of their release, the New York Times reports, prompted Abbas to sign the U.N.-organization-joining papers. “Because we did not find ways for solution, this becomes our right,” he said.

The breakdown in negotiations also raises further questions about the fate of Jonathan Pollard, a former naval intelligence analyst convicted in 1985 of espionage for spying for Israel. Israel, which granted Pollard Israeli citizenship while he was in prison, has long called for the spy’s release. When pressed by reporters on Tuesday, White House spokesperson Jay Carney confirmed that Israelis had raised the question of Pollard’s release in negotiations, and that the President had not ruled it out.

“I’m just saying that the President has not made a decision to release Jonathan Pollard,” Carney said. 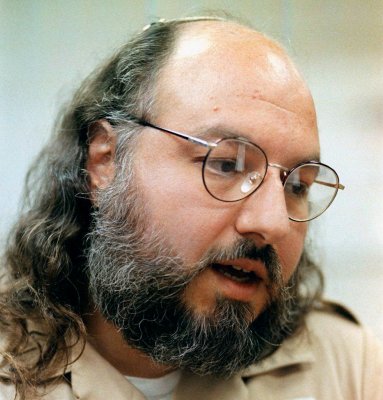 U.S. May Release Spy for Israel
Next Up: Editor's Pick