Climate Change Could Turn Britain Into a Major Wine Producer

Oenophiles of the future could find themselves heading to the balmy terroir of the United Kingdom to sample the latest fine wines.

Warmer temperatures in the U.K. due to man-made climate change could make the country a leading wine producer by the end of the century, according to new research. The study, commissioned by the company Laithwaite’s Wine, evaluated how rain and temperature conditions are expected to change by 2100.

The study shows that conditions in central and eastern England may be ideal for Sauvignon Blanc while Scotland could produce Pinot Grigio. Britain already has a successful wine industry, with over 500 vineyards producing, among others, globally celebrated sparkling wines. But climate change could make higher elevations suitable for wine production.

“Climate is critical to successful grape cultivation,” says study author Mark Maslin, a professor at the University College London. “This study could signal how we think long-term about British wine production and redraw the future wine map of the world.”

The study provides new detail to a topic of frequent research. Previous studies have shown that global warming over the past several decades has actually helped French wine producers, but scientists also found that those benefits would like fade with increased warming. 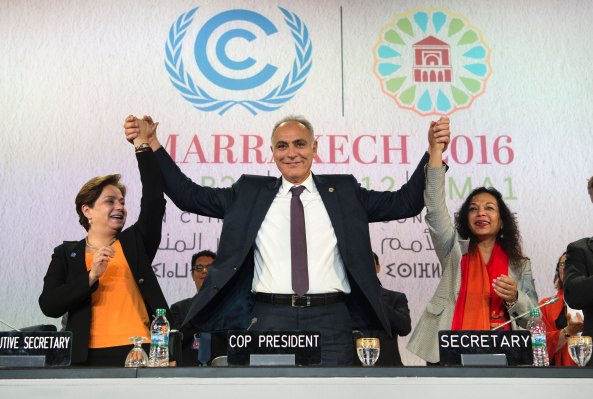 International Climate Negotiators Down But Not Out Following Donald Trump Victory
Next Up: Editor's Pick