Reproductive rights organizations are pursuing a new wave of litigation to strike down more state abortion restrictions in the wake of a landmark Supreme Court ruling earlier this year.

Attorneys from the Center for Reproductive Rights, the Planned Parenthood Federation of America and the ACLU’s Reproductive Freedom Project are joining up to challenge abortion restrictions in Alaska, North Carolina and Missouri. Their move follows the Supreme Court’s June ruling in Whole Women’s Health v Hellerstedt that two of Texas’s abortion restrictions, which required clinics to conform to the building standards of ambulatory surgical centers and mandated that all doctors who perform abortions have admitting privileges at a local hospital, constitute an “undue burden” on the constitutionally protected right to an abortion.

In Alaska, lawyers are targeting a 40-year-old law that forbids abortion in outpatient health centers after the first trimester of pregnancy, which advocates say forces many women to travel out of state for second-trimester abortions (and given the physical isolation of Alaska, this can be difficult for low-income women).

In North Carolina, where abortion is banned after 20 weeks with some exceptions for health of the mother, attorneys are challenging a January amendment that redefined those exceptions to allow abortion only to “avert her death” or “prevent irreversible physical impairment,” and specified that doctors may not consider “psychological or emotional conditions” in consulting their patients. Some doctors have objected to this ban, especially since ultrasounds detecting fetal abnormalities are typically performed at 18 to 20 weeks, which gives doctors and patients a tight timeline for making wrenching emotional decisions about whether to continue a pregnancy. Doctors who ignore the ban would face criminal prosecution under North Carolina law. Planned Parenthood South Atlantic is challenging the 20-week abortion ban.

In Missouri, the challengers are aiming to strike down what they call “medically unnecessary” abortion restrictions that require abortion clinics meet standards for surgical clinics and mandate that all doctors who perform abortions have admitting privileges at a local hospital. Abortion rights advocates argue these restrictions “unconstitutionally burden” the right to an abortion, and have forced some Missouri women to travel up to 370 miles to receive abortions at the only provider left in the state. The Missouri restrictions closely resemble the Texas regulations that were struck down by the Supreme Court in June.

“We are going to fight back state by state and law by law until every person has the right to pursue the life they want, including people who decide to end a pregnancy,” said Dr. Raegan McDonald-Mosley of Planned Parenthood Federation of America, in a statement about the lawsuits. “These laws are dangerous, unjust and unconstitutional—and they will come down.”

Anti-abortion advocates slammed the wave of challenges as politically motivated opportunism in the wake of Donald Trump’s election. “They lost big at the ballot box, so now they’re looking to the courts to undo the will of state legislatures,” said Marjorie Dannenfelser of Susan B. Anthony list, an anti-abortion advocacy organization. “They realize the sense of urgency to head to the courts now knowing that the judicial landscape will change under a pro-life President Trump.” 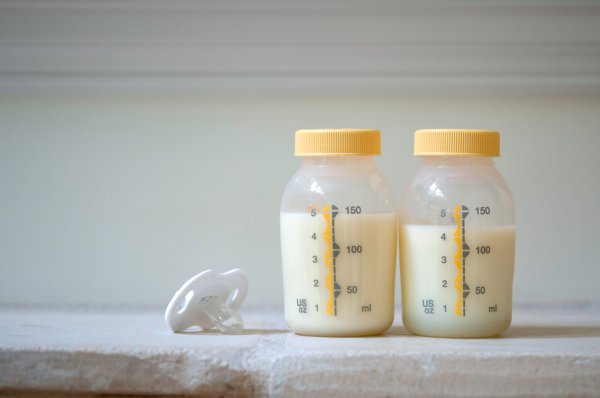 There's Actually a Breastfeeding 'Barbie' (With Nude Makeup)
Next Up: Editor's Pick